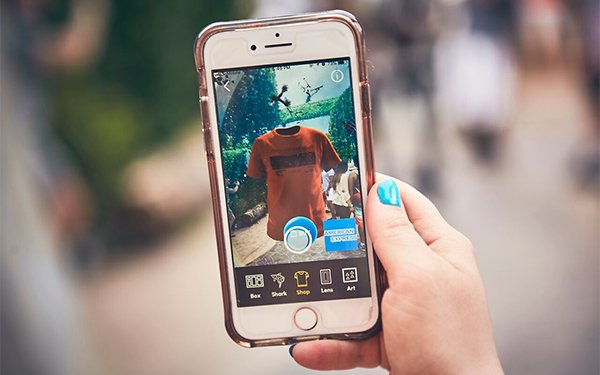 Other than the future prospects of head-mounted gear, including smart glasses, the monster driver of AR is that it easily works with a smartphone.

Millions of consumers were introduced to AR with the Pokémon Go craze, where creatures would pop up in the physical world through phone camera screens with the app loaded.

However, another AR driver will be one-time and focused uses. A good recent example of this is what American Express did for Coachella, the annual music and arts festival in California being held over two weekends.

For the first weekend, Amex created a shoppable AR component in the Coachella app, so cardmembers could purchase special merchandise while anywhere on site.

Amex cardholders could link their card to a wristband worn at the event and then tap their band to skip lines and even get a free Ferris wheel ride.

Festival attendees could use the app to see an AR image of merchandise if they wanted to shop while on the grounds.

This particular use of AR was not earth-shattering, but it did serve to show a potentially very large group of Amex customers who may not have ever experienced augmented reality what it can do.

Augmented reality is a growth market, one person and one group at a time.