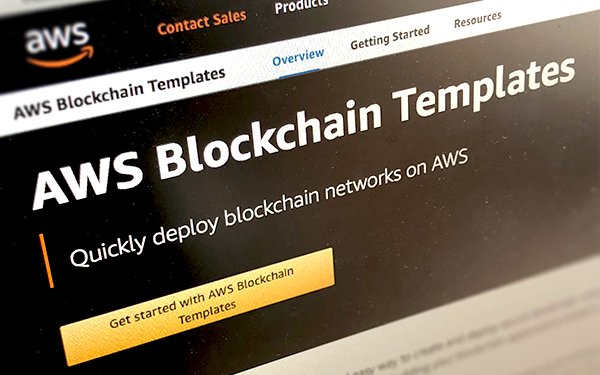 Amazon has introduced blockchain templates to launch an Ethereum or Hyperledger Fabric network relatively quickly, according to an announcement by the company.

In terms of blockchain usage, Jeff Barr, chief evangelist for Amazon Web Services (AWS), said it reminded him of the classic Saturday Night Live Shimmer Floor Wax Skit, where Dan Aykroyd sees Shimmer as a dessert topping while Gilda Radner claims it is a floor wax. Chevy Chase settled the debate revealing that it is actually both a dessert topping and a floor wax.

“Some see blockchains as the foundation of a new monetary system and a way to facilitate international payments, others see blockchains as a distributed ledger and immutable data source that can be applied to logistics, supply chain, land registration, crowdfunding and other use cases,” stated Barr.

Amazon’s Blockchain Templates create and configure the AWS resources needed to start with a scalable blockchain approach. The templates include components to manage, monitor and browse blockchains and costs are charged based only on resources used.