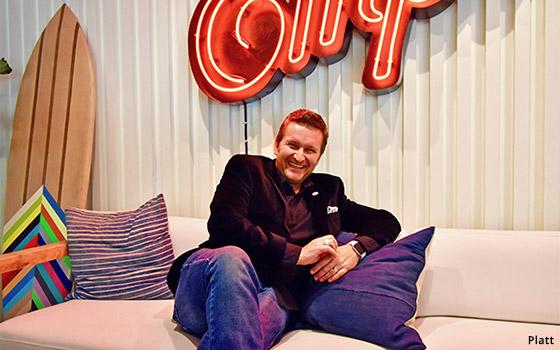 Former RAPP Los Angeles and London executive creative director Nick Platt is ramping up his new creative shop LO:LA (London: Los Angeles) with a nine-person team, up from three partners when the agency unofficially started as a "soft launch" in March 2017.

Platt specifically devised his agency to depart from what he calls the "politics, process and profits" that dominate most major global agencies. "Clients paid a ton and got layers of process and no real work to show for it," he says.

Instead, LO:LA's approach is that everything is "Made with Love," says Platt, from the client approach, to the creative, to the consumers each brand is trying to reach.

"We want to prove that creative can be simultaneously quick, nimble, quality and cost-effective," he says.

This account work has typically expanded beyond a one-off project, says Platt. To that end, LO:LA created new "Just Round the Corner" brand positioning for Cycle Gear to increase awareness of the brand and its 135+ stores nationwide. The brand wanted LO:LA to create something that would speak to all riders, rather than just hardcore athletes.

"It’s the one thing every rider has to do regardless of ride type," he says.

The effort began with OOH billboards in Los Angeles, San Francisco and Atlanta that contributed to a significant sales lift, prompting the creation of a television spot.

In its first year, the agency has won 13 ADDY Awards and won a Webby Award Official Honoree this year.