Marketers Run For The Roses 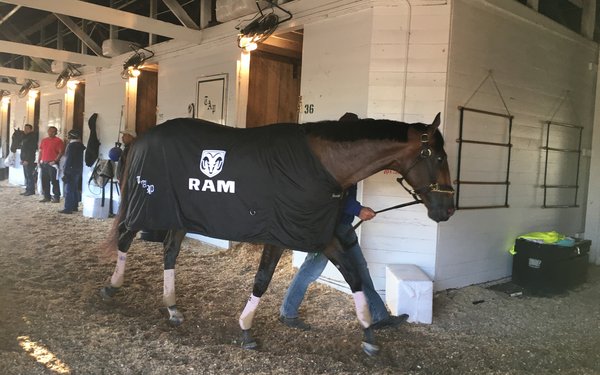 It might not be as drawn out as the Super Bowl, but like the football championship, the Kentucky Derby attracts top advertisers year in and year out.

This Saturday’s Kentucky Derby will draw a wide variety of attendees, from college-aged kids and Millennials in the infield to business people and celebrities in the Mansion, and virtually everyone in between, says Kristin Warfield, vice president of partnerships at Churchill Downs. Last year more than 160,000 people attended the Derby (the seventh highest on record). The derby attracts about 19 million television viewers.

“We like to say there is a party for everyone at the Kentucky Derby,” Warfield tells Marketing Daily.

Angry Orchard and Corona Extra have new sponsorship deals as the official hard cider and import beer of the Kentucky Derby, respectively. Churchill Downs Racetrack divided its beer sponsorship this year after a six-year partnership with Stella Artois as the official beer sponsor ended. The financial terms and length of the new deals were not disclosed, though Warfield said they are all multiyear deals. Coca-Cola continues as the official soft drink partner for the Derby. The five-year deal stretches to 2022.

“We have a unique philosophy regarding sponsorships, and work with each partner to create a customized program specifically designed to reach their brand’s goals and objectives,” Warfield says. “As each company’s marketing needs are distinctive and different, no two sponsorships are built alike. Focusing on such targeted initiatives yields extremely effective and efficient sponsorships that drive strong results.”

Fiat Chrysler Automobiles’ Ram Truck is showcasing a limited-edition 2019 Ram 1500 Kentucky Derby Truck as the brand continues as the official truck of the event. This year marks Ram Truck brand’s ninth year as the exclusive automotive partner. Fans attending weekend races will be immersed in the Ram brand experience, including truck displays, brand video board integrations, signage and posters.

“With the introduction of the 2019 Ram 1500 Kentucky Derby Edition, Ram celebrates the tireless work ethic of those who make it to the starting gate at the Derby and recognizes that there can be no compromises when it comes to winning the race,” said Mike Manley, head of Ram brand – Fiat Chrysler Automobiles, in a release. “The all-new Ram 1500 is symbolic of all of those qualities, as we introduce what we feel is the best truck in the market – the strongest, most capable, most technologically advanced and most luxurious Ram truck ever.”

In addition to on-site brand activations, Ram will air its newest Ram 1500 television spots, “Promise,” “Show Up” and “Committed,” during the NBC network telecast and will have Derby posts on its Instagram, Facebook and Twitter social channels. Fans can follow the content and join the conversation at hashtag #RamDerby and @RamTrucks.

To help better understand Kentucky Derby viewers, Viant used automatic content recognition (ACR) technology, as well as consumer data points from partners, to analyze tens of thousands of viewers of last year’s race. The data found that Kentucky Derby viewers tend to belong to just one of these three subgroups: gamblers, outdoorsy and sports fans. Viant found that the three segments varied greatly in regards to auto, beer and shipping.