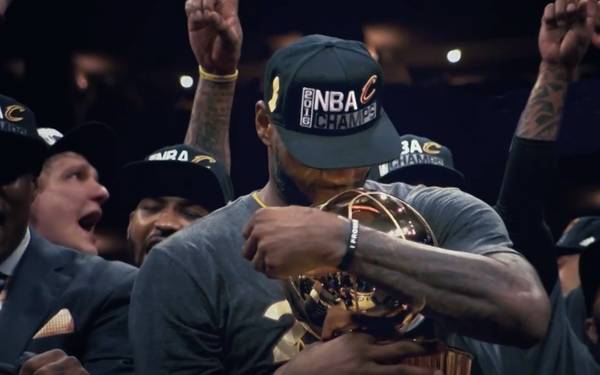 The NBA Finals are emotional for a lot of fans. But as it turns out, the players are also affected.

A new 30-second spot breaking today from Translation LLC shows the emotions that players go through when they win an NBA championship.

Whether it's tears of joy, or unrestrained enthusiasm, NBA players experience intense emotions once The Larry O'Brien Trophy is finally in their arms.

The spot is set to the retro-soul beat of “Finally Mine,” sung by up-and-coming artist Juliet Roberts. This stirring song powerfully expresses the emotions that players experience with a championship win, which represents the culmination of a lifetime of competition, effort and sacrifices, according to the NBA.

The campaign is part of "I'm Why," the latest installment in the NBA's ongoing “This Is Why We Play” global platform which first broke in October 2015 with the spot “Anthem.”

"'This Is Why Play' continues to grow in brand recognition and likability and will continue as our marketing platform," according to an NBA spokesperson. "(The campaign) recognizes all the reasons that make NBA basketball a microcosm of life. Through this lens, we share the values and emotions around the game, tell personal stories of our players, teams and the global communities we serve, invite fans to become part of these stories, and shine a spotlight on all of the reasons that make the NBA game so special."

The campaign has been featured on the NBA’s social media pages on Facebook, Twitter, Instagram, Snapchat, Vine, Tumblr, Tencent and Weibo, as well as on TV.