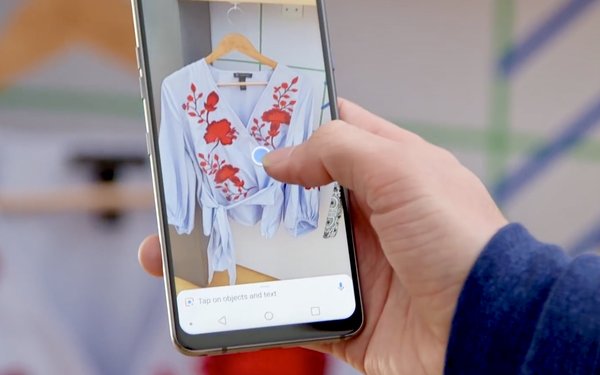 What’s bouillabaisse all about? The new, improved Google Lens, hyped at the annual Google I/O conference earlier this month, will be able to help the menu-challenged by not only defining it but giving you a photo of it. (Your restaurant’s version may vary.)

Google Lens began showing up in its Google Pixel phones in 2017 but an expanded version, working through Assistant and Photos has become widely available on many smartphones regardless of brand, in the last day or two.

It has many of the tools that not long ago would have been the stuff of sci-fi novels. With Google Lens, point your phone at a lovable but aloof dog and Google Lens will tell you she’s a wire-haired fox terrier. See that piece of artwork? Picasso. That blouse? Available at H&M, with other very similar styles and patterns at Kohl’s and Macy’s.

At the I/O conference, Google showed how Lens could identify an artist’s new album cover and gave the user a simple way to order it. The fact that all of this machine learned  information comes at you in real time,  and even without a user specifically pointing and clicking at any one thing.  Lens just takes in the whole scene and can tell you about it. That should have some potent marketing uses.

And practical, too. When Google CEO Sundar Pichai introduced Lens at the I/O show, he said, “If you’ve ever been at a friend’s place and crawled under a desk just to get the user name and password from a router, you can point your phone at it . . . “ As his voice trails off the video screen shows a smartphone instantly connecting the router to the visitor’s WiFi. That got a cheer from the audience of tech scribes.

Another Lens feature is the ability to take text from a real, live, physical  document and paste  on your clipboard. “This could be a great alternative to simply taking a photo of the text, or for transcribing a quote from a printed press release,” reports Android Authority, which was among the first to notice that Google Lens was now being added on to phones. Google hadn’t given an exact launch date for the wider rollout.

Google itself seemed excited that Lens along with Assistant, could let a user “quickly look up products by barcode or scan QR codes.”

Smartphone users don’t have to download anything to get Lens. Users of Google Assistant will see a Google Lens icon on the bottom of their screen.