Consumer Robots Coming In A Big Way; Smart Speaker Makers To Get Involved 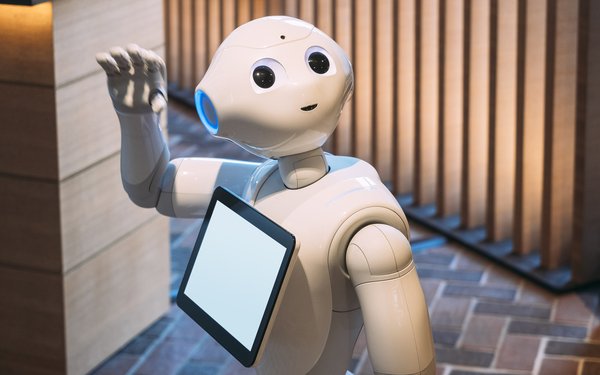 The market for robots is growing exponentially and undergoing a major transition.

The new robotics world order involves a significant restructuring of the entire robotics market, upending countries that have dominated robotics for decades, according to a new study by Tractica.

The share of industrial robotics, which have been dominated by Japanese and European manufacturers, has shifted to non-industrial categories like personal assistant robots, UAVs and autonomous vehicles, which are centered in the U.S. and will be shifting to China in future years, while both countries remain hotbeds for artificial intelligence. AI technologies such as deep learning, computer vision and natural language processing (NLP) are revolutionizing autonomy capabilities in robots, according to the Tractica study.

Non-industrial robots already represent the majority (70%) of the $39 billion robotics market globally. China is projected to be the leading market for consumer robots and autonomous vehicles by 2025.

The revenue from unit sales is projected to grow from $39 billion to $499 billion by 2025, with most of the growth from non-industrial segments, including consumer, healthcare, UAVs and autonomous vehicles. By 2025, consumer robots and UAVs are projected to exceed the entire industrial robot market.

The other major trend noted by Tractica is that by 2025, China will become a robotics powerhouse as it pushes for 100,000 robot shipments by 2020 and is estimated to become the leading market for consumer robots and autonomous vehicles.

Robots are coming to homes as well. Companies that make smart speakers, like Amazon and Google, are expected to eventually start to ship personal assistant robots, completely transforming the current market dominated by cleaning robot companies.

No matter how you measure it, the robots are coming.