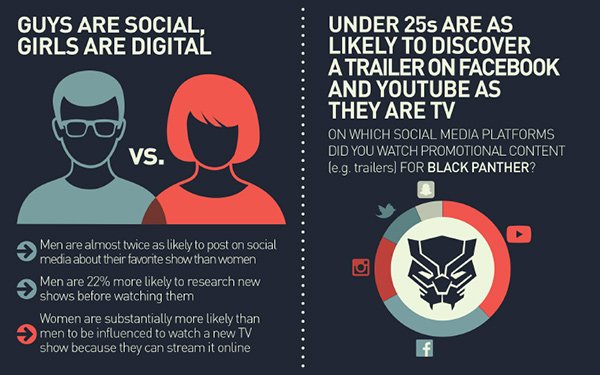 Marketing’s role, historically, has been to capture “share of voice” through an array of media channels. But new research suggests that capturing “share of cultural conversation” may now be just as important a mission for marketers.

The research is from creative agency Trailer Park and USC’s Annenberg Innovation Lab.

Entertainment in the eyes of next-generation consumers is "defined as everything and anything that catches their attention," says Jake Katz, senior vice president, strategy, Trailer Park.

Breaking through the noise in this cluttered landscape is a new art form with three core principles, says Katz. For one, earning media is a rising commodity in a marketing landscape where anyone can now buy their way into social feeds. Some 88% of 18-34-year-olds know something is getting big when “it lights up everywhere on the internet.”

The path to content discovery and interest is almost a mirror image for consumers’ changing relationship with news and how they validate it: Three in four (73%) say “news finds me, but then I validate it’s actually news by checking a credible source."

Fans are no longer isolated passive consumers thanks to digital engagement, though half admit they don't have to search for new entertainment since it finds them. Nearly two in three survey respondents (64%) will share a post or link if they feel it is underrepresented somewhere and 68% say what they post is more of a "self-expression than what they wear."

This means the best entertainment marketing activates social conversation by either celebrating its cult following, such as Fox's "Deadpool" activation, or taps into an under represented micro-community, such as YouTube’s "This Is Everything Gigi Gorgeous" documentary.

Women are more likely than men to be influenced to watch a new show because it streams online. Neither gender cares much about a program’s trophy case. Only 23% of respondents say they are more likely to view programs because they receive awards.

Consumers barely remember a time when there was distance between awareness and action. You can learn about a product and order it within a single mobile session. The increasing expectation, and entertainment marketing opportunity, is the same for launching original content.

Importantly, promotional content should be participatory as well as informative. More than six in 10 (62%) say, “the coolest things in my feed send me on a rabbit hunt.” HBO's "Westworld" season two trailer, for example, included a hidden code that Reddit users discovered could be used to unlock more material from the upcoming season.

"Great marketing creates its own distribution," says Katz, adding that Nielsen reports the top driver of people’s interest in new content is word of mouth. "Never before have consumers been so receptive to being entertained by a brand in their native environments," he says. "What consumers want from brands is to be entertained."

The research data showed consumers are three times more likely to skip a CPG ad than an entertainment-centered ad that appears before an online video. "When done right, consumers become fans. With word of mouth serving as the dominant channel of influence, that is the ultimate goal."