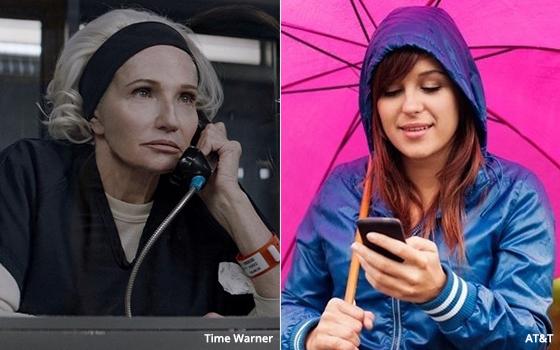 Media consolidation -- namely, the combining of already large companies to create even bigger ones -- is all the rage this week.

No sooner did a federal court judge rule in favor of a clear path to the completion of AT&T's takeover of Time Warner than Comcast sought to outduel Disney for various parts of Fox.

Comcast's bid reportedly amounted to $65 billion. Disney's offer, which was tentatively accepted late last year (or so it seemed), was said to be worth $52.4 billion. Your move, Disney.

It is all very high-stakes -- involving world-renowned brand-names, billions of dollars, scads of high-value IP (intellectual property), physical assets such as production studios and the real estate they sit on, plus contracts with innumerable top talent both behind and in front of the cameras.

The front page of The Wall Street Journal on Thursday covered both stories -- Comcast's offer and in a second-day analysis, the AT&T/Time Warner story.

The latter delved into a potential clash of cultures as the long-time phone company (AT&T, represented by the generic photo, above right) attempts to enmesh itself with a company whose roots are in the movie and TV production businesses (Time Warner, represented by Ellen Barkin, above left, as a crime matriarch in TNT's hard-boiled drama series “Animal Kingdom”).

Very generally speaking, the story's point was that telecommunications is a very dollars-and-cents business in which creativity plays almost no part.

By contrast, a great deal of the content-production business that Time Warner operates is a creative endeavor -- a kind of business that requires decision-makers to gamble on whether a TV show or movie will become popular and thereby justify their investment.

And as the Journal analysis made clear, creative endeavors mean hiring and working with creative people who, as everybody knows, can be brilliant but also stubborn, willful, contrary and unpredictable (to say the least).

How Time Warner's creative culture will clash with the AT&T bean counters was the point of the story.

The other front-page story laid out the details of the Comcast battle with Disney over Fox, although no one from any of the three companies was quoted by name.

Suffice it to say that these kinds of deals come with a whole sack full o' complications, many of which stem from considerations of the size of the merged companies and the control they presumably will then be able to exert over the content supply chain -- from production to distribution.

So much money, so many lawyers, so many newspaper column inches, so many hours of work and planning goes into these kinds of mergers, and for what? TV shows?

The quantitative potential and financial benefits of owning TV content and the production factories that churn them out are obvious. There are so many success stories in television that the industry's allure is undeniable.

For a phone company, owning the means of producing content for users to watch while using their phones is a no-brainer. It is what people do already.

And once again, I feel left on the sidelines to merely gape in astonishment at the hold that video seems to have over people.

As one who has spent way too much time watching TV shows -- since it is, after all, how I make my living -- I am continually amazed when observing how viewing video content on smartphone screens has replaced other activities such as reading (books, magazine, newspapers) and simply looking at the world around us.

Kids, for example, only seem pacified while riding in cars if there is a video screen nearby to absorb their attention. Grownups walk down the streets of New York watching video on their phones.

People are free to do as they please, of course, and giant companies are also free to join forces to provide people with what they seem to want -- namely, video content on their phones.

As a TV critic, however, I find about 90% of TV -- by which I mean video content of all types including scripted, unscripted, long- and short-form -- to be a waste of time to watch.

Apparently, I am a member of a tiny, shrinking minority. For a growing majority, watching video has become a national (if not international) pastime. It is no wonder then, that when media companies merge, the deals are in the tens of billions.

It is what I often say (or at least think) when I hear TV executives griping about the state of their industry. I think: You guys have won. TV is everywhere, everyone wants to watch it and you own the content they are watching and the means for them to watch it. And the majority of your shows are not even good. So what more can you possibly want?