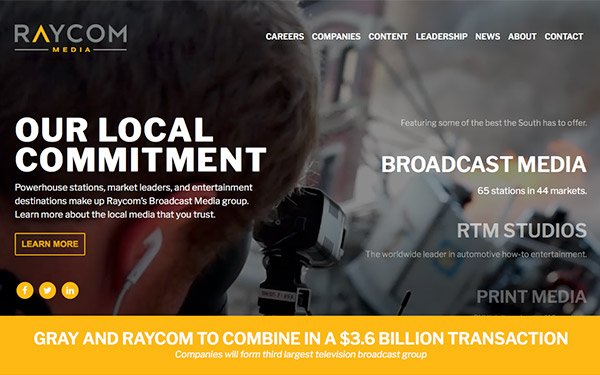 The cash-and-stock deal, valued at $3.6 billion, will give Gray Television 142 stations in 92 markets with a U.S. household coverage of 24%. The companies say it will be the third-largest group of TV stations under a single ownership.

Gray Television will now have stations in mid-size TV markets, such as Tampa-Sarasota, Cleveland and Charlotte,  as well as TV stations in smaller markets.

At the same time, the new company will sell off nine stations where both station groups have overlapping outlets. The company said the deal “should create only minimal regulatory issues.” The current cap for ownership of TV stations is 39% of U.S. TV homes.