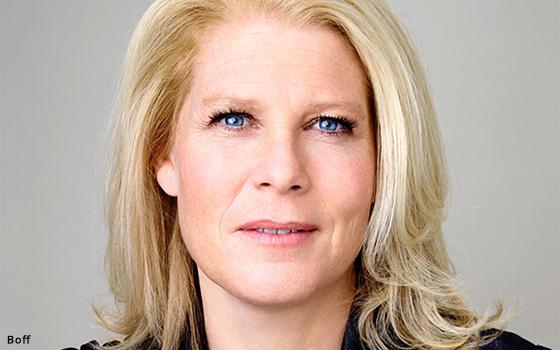 Boff will serve in the role for one year as the Ad Council rotates board chairs every year between the organizations’ four sectors: media companies, technology platforms, agencies and advertisers.

As chair, Boff will work closely with the nonprofit's executive committee, as well as the governing body of the Ad Council’s Board and Ad Council leadership to develop and raise awareness for its various initiatives.

She will also manage and advise on business affairs and policy initiatives, as well as chair the Ad Council’s 2018 Annual Public Service Award Dinner, the largest fundraising event for the organization. It will be held on December 5, 2018 at the New York Hilton.

Boff first joined the Ad Council board of directors in 2012 and became a member of the executive committee in 2014. She previously served as one of the council's vice chairs, whose path typically transitions into chair leadership.

Her dual roles at GE and the Ad Council helped to land GE as a founding partner for the Ad Council’s upcoming campaign, designed to encourage young girls to pursue their interests in STEM (science, technology, engineering and math), which is slated to launch this fall.

“Linda is one of the most forward-thinking leaders in our industry, with an unparalleled passion for innovation and social good," says Lisa Sherman, President-CEO of the Ad Council. "Her leadership will be an invaluable asset to our board and many of the most critical social issues facing our country.”