Hamilton, As Extra Crispy Colonel, To Guest On 'General Hospital' 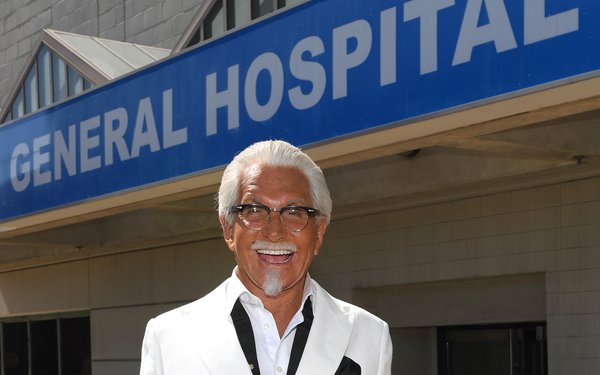 So you thought that it just wasn’t possible to further up the camp quotient in KFC’s campaign starring George Hamilton as the Extra Crispy Colonel (ECC)?

This time, the campaign has new legs (sorry) via ABC’s “General Hospital.”

For National Fried Chicken Day this Friday, July 6 (2 pm EST), Hamilton, as the ECC, will make an appearance on America’s longest-running soap opera, now in its 55th season.

Hamilton, who’s apparently a superfan of the show, has been tweeting up a storm about the upcoming guest shot on KFC’s Twitter account, including this post

“Hurray or dreaming! This National Fried Chicken Day, I will get to live the dream I’ve always dreamed and appear in the soap opera that captured my heart as a boy, @GeneralHospital”…

Judging from his string of posts about the down and dirty on every character and plot on the show, that’s probably not just hyperbole.