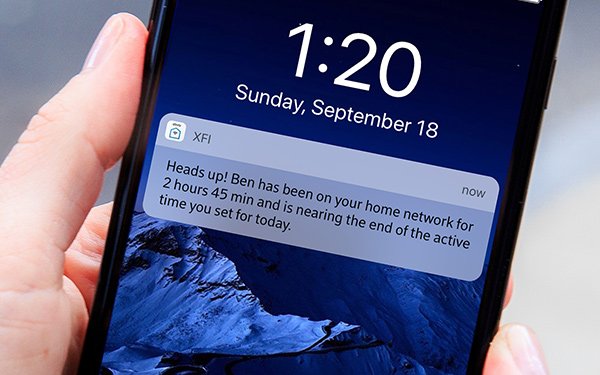 Most parents set rules for how much time their children can use the internet at home but then must play good cop or bad cop when their children near their internet time limit and want more.

These are among the findings in a new survey of 1,000 nationally representative U.S. adult parents conducted by Wakefield Research for Comcast.

The survey showed Comcast that about three-quarters (74%) of parents wish they had a way to turn off their children’s Wi-Fi access whenever they wanted to and now Comcast is empowering parents with its Xfinity Wi-Fi to do just that.

Comcast launched “Active Time Alerts,” a home Wi-Fi parent control feature so parents can set a time allowance for their children’s home internet usage. When a child’s allotted time is near, the parent will receive an alert.

If the good cop parent gets the alert, they have option of extending the time. Of course, the bad cop parent also could pause Wi-Fi access altogether.

Last year, Comcast launched  an Xfinity pause feature, which gave parents the ability to pause their home network, disconnecting the entire family from the network, such as at dinner time, as I wrote about here at the time (Children Tell Parents To Disconnect, Ditch Phones At Dinner).

The new time-limit feature may be arriving just in time, with most (81%) children spending at least two hours a day on devices, with a third (33%) of them spending five or more hours a day during the summer, according to the survey.

Parents now will be able to set the time limit in advance and when time’s up, decide if they are good cop or bad cop at that moment, even if the children can’t tell which parent was which.