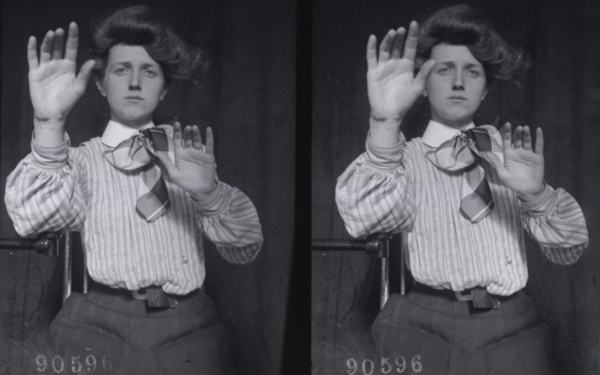 Hyundai Motor America is presenting an exhibit at the Los Angeles County Museum of Art.

As a part of The Hyundai Project: Art + Technology, "3D: Double Vision" is the first American exhibition to survey a full range of artworks, dating from 1838 to the present, that produce the illusion of three dimensions. The exhibition is open from July 15 to March 31, 2019.

Featuring artifacts of mass culture alongside historic and contemporary art, it addresses the nature of perception, the allure of illusionism, and our relationship to accompanying technologies and apparatuses, according to the automaker. The optical principle underlying all 3D media is binocular vision—the process by which our brains synthesize the information received by our two eyes into a single, volumetric image.

More than 60 artworks featured in the exhibition activate this process by means of mirrors, lenses, filters, or movement—requiring active participation on the part of spectators to complete the illusion.

Hyundai and the museum’s partnership dates back to 2015, and this exhibit has been an ongoing project since the beginning, says Wonhong Cho, chief marketing officer of Hyundai Motor.

“The exhibition will invite the audience to trace how technology and science has been unlocked within the history of art, and also, how art has been progressed through the application of technology,” Cho says in a release.

The partnership between the automaker and museum aims to encourage artists to invent captivating art and concepts through future technology, as well as build emotional connections with people around the globe.

Hyundai isn't alone in recognizing the value in connecting with consumers through art. Cadillac has hosted a series of exhibits on the first floor of its Cadillac House in New York's SoHo since its opening in 2016.

The exhibit is both interesting and scholastic in its review of the genealogy of 3D technology through art and mass culture, Cho adds.

It invites its viewers to dissect the complexities of vision and perception, says Michael Govan, the museum’s chief executive officer.

“Throughout history, artists have experimented with theories of vision and perception to represent, distill, and reinvent objects and the emotions they engender,” Govan says in a release. The exhibit “brings together the realms of art, science, mass culture, and entertainment, and is a microcosm of Los Angeles itself.”