Mobile App Ad Fraud Can Cost Brands Up To $75M

It’s no secret that mobile ad fraud is a m assive problem.

Less clear are the specific channels and brands being impacted, and to what degree.

This past week, the ad fraud specialists at Pixalate helped me see this space with a bit more precision: 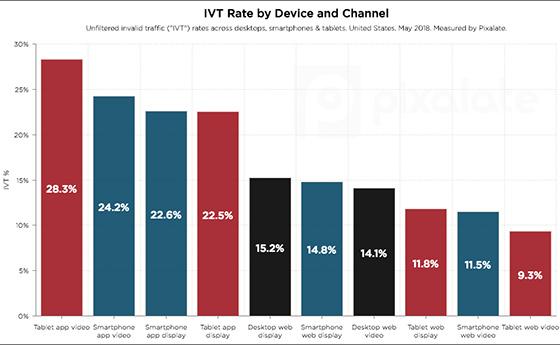 During the same period, nearly a quarter of domestic traffic associated with smartphone app videos was determined to be “invalid,” while closer to a fifth of smartphone app display traffic was so designated.

How do these percentages translate to wasted dollars?

Well, consider the case of MegaCast, a popular mobile app that Pixalate believes was partially responsible for bilking brands out of millions of dollars before being call ed out last month.

With the help of third-party vendors, Pixalate calculates that the Chromecast Player app was costing brands $75 million per year

How did the firm arrive at the $75-million-per-year figure?

First, it determined that there was roughly 1 invalid ad per minute per device on which the MegaCast app had been installed.

The split was about 60% display (with an average CPM of $0.58) and about 40% video (average CPM of $4.64). According to the official Google Play Store page, the app had at least 1 million downloads.

Based on that information, Pixalate took a conservative estimate and said that 10% of those downloads were still active, while it assumed that consumers’ phones were on for an average of 16 hours per day.

Taking all of those variables into account, it calculated that IVT was costing brands exacly $211,881 per day -- or about $77 million per year.

This is hardly an isolated incident. “We have encountered several similar examples of invalid activity within the mobile app ecosystem,” a Pixalate spokesperson warned.

How can brands prevent this sort of thing from happening to them?

They can start by picking a reputable vendor, Pixalate suggests.