Read My Tulips: No New Currencies 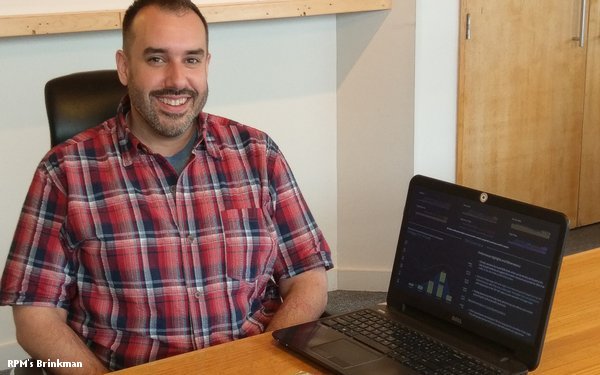 Thanks to a good friend who develops high-speed trading systems for Wall Street, I was a little ahead of the curve on the implications for blockchain trading on Madison Avenue. But I still don’t get the push to float new cryptocurrencies to enable, especially when the old fashioned one -- money -- still works fine.

The primary argument is that cryptocurrency is required to “tokenize” the unit of exchange being traded in an advertising or media-buying contract powered by a blockchain. I get why it’s important to tokenize what’s being exchanged. I don’t get why it has to be a currency and why millions of dollars need to be raised via ICOs (initial currency offerings) to power it.

Without naming names here, it feels like it’s just a scam for raising capital that would be better raised the old-fashioned ways: venture capital, debt, private equity, public offerings, etc.

I’ve written about this before, but I’m writing about it again today because I think it’s important that the ad industry not conflate the development of secure blockchain trading infrastructures with new forms of currency. If history is any indication, it will only create new issues for media trading. If you look at the history of Madison Avenue’s alternate currencies -- mainly media credits and time banks -- they haven’t exactly been squeaky-clean, and have sometimes led to outright fraud.

I may be wrong about the need for integrating new currencies into media-buying blockchain trading. If I am, I’d like to hear from anyone who can make an argument for it -- as a comment to this blog post, or directly at joe@mediapost.com, and I’ll cover it appropriately.

Meanwhile, nary a day goes by that I don’t get pitched either on a new ICO or a new blockchain advertising or media services model. Right now, I’m more interested in the latter. And specifically, how, why, when and where blockchain enables media trades that are better than could have been done without it.

The rest seems anecdotal -- mainly some shop trying to leverage a new-fangled buzzword to put some sizzle on what they’ve always done.

I got a pitch like that a few weeks ago from Chicago agency RPM Advertising. RPM announced it is partnering with Ternio -- a blockchain platform powered by a new cryptocurrency -- because it might improve the “efficiencies” for digital advertising.

“In the past, after accounting for costs to recover fraud, a $100,000 digital marketing budget could be reduced to $60,000 as the real figure remaining for marketing,” RPM Account Director David Brinkman said.

“By using Ternio’s system, the $40,000 that was formerly wasted can now be utilized for other totally innovative marketing ideas such as brand activation or direct-to-consumer initiatives," he added. "I always ask my clients, ‘What would you do if you had 40% of your marketing budget handed back to you?’ The possibilities are endless!”

Sounds good, but the pitch did not explain how the blockchain-enabled trading actually recouped 40% of wasted digital budgets, or why that couldn’t have been achieved without it. In other words, if you cannot explain how it works, and precisely how it contributed to the bottom line, it’s just a new version of vaporware that will create more distractions for harried advertising and media execs.

Like RTB, programmatic, attribution, and all other next new technologies that have promised how black boxes can remove fraud, create transparency and greater efficiencies, if you cannot show it, do not tell it.