Cadillac Is Once Again At A Crossroads 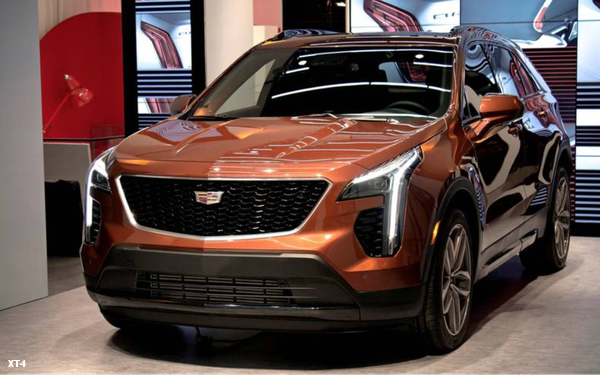 When Cadillac moved its headquarters from Detroit to New York almost three years ago, it was met with a mix of emotions, depending on your vantage point in the auto industry.

Detroiters were understandably miffed. What is wrong with the Motor City, they complained. Isn’t the city experiencing its own renaissance with — ironically — an influx of New Yorkers attracted to the plethora of tech jobs and low-cost housing? Not long after Cadillac’s move, The New York Times wrote a travel article about the city’s renewal, speculating that is might be the “most exciting city in America.” But it was too late, the company had already signed a 10-year lease.

General Motors moved the Cadillac headquarters away from Detroit in September 2015 in part to put some distance between Cadillac and the rest of GM — and it made sense to choose the heart of a global luxury capital, according to then-President Johan de Nysschen. The story was that the automaker wanted to be able to attract a higher caliber of talent to the brand, and that those kinds of workers would prefer living in New York vs. a flyover midwestern state like Michigan.

De Nysschen said re-establishing the brand as the “standard for the world” would take as long as 15 years. Former CMO Uwe Ellinghaus said it would take 10 years. Yet, just four years into each of their tenures, they have been replaced with two executives with a much more traditional approach to marketing.

Scores of car companies would love to have Cadillac’s 114-year history and its near-universal name recognition, but it’s a brand weighed down by stuffy associations and, worse, the down-market parody of itself it became in the 1980s and 1990s, wrote Quartz Media at the time of the move. “If sophistication today is a high-end ramen restaurant, Cadillac is eating at Ruth’s Chris Steakhouse,” the online publication quipped.

To some extent, the move worked. The brand’s opening of Cadillac House complete with its ultra-cool first-floor art gallery created a buzz. Rising marketing stars like Melody Lee were empowered to help shake things up.

Now, Lee and others are vacating the brand just weeks after a new CEO and CMO were installed. Cadillac also has moved its Book by Cadillac vehicle subscription team back to Detroit. That news also elicited mixed emotions and questions. Why now and why just the one unit? Is the brand abandoning its big-picture brand makeover in favor of the immediate gratification of short-term sales spikes?

However, there don’t appear to be plans to vacate the SoHo space, which is not a bad thing. Moving is stressful even under the best circumstances. And the brand needs some stability as it copes with all of the high-level changes.

Headquarters geography aside, the automaker seems to continually struggle to connect with its targets. It’s unlikely that the brand has won over many BMW or Mercedes-Benz or Lexus intenders. Ironically, an under-appreciated niche of potential buyers lives and works in the brand’s former midwestern home. The automaker still has enormous appeal amongst urban African Americans. It’s also still a highly aspirational vehicle for middle-class blue-collar workers. Nothing says you’ve arrived like the purchase of a brand new Cadillac, a fact that has remained steadfast over the decades. Yet, these consumers don’t seem to be the target of the automaker.

Perhaps it was a step to simply gain exposure, but the brand’s recent partnership with European Rental Car company Sixt Rent-a-Car does not seem like a match made in heaven. It was announced last week during a semi-cheesy PR stunt.

NYC’s Sixth Avenue became “Sixt Avenue” with a parade of premium Sixt Cadillacs cruising “Sixt Ave”—armed with surprises for passers-by—while making a select few stops at media outlets to deliver luxurious treats and showcase what Sixt is offering in New York City. A parade of premium black Cadillacs made scheduled stops around NYC to show journalists what Sixt is now offering. This isn’t exactly a typical move by a high-end luxury brand, but if driving awareness is the name of the game, it was a great opportunity.

However, it’s going to take more than stunts to restore a healthy bottom line to Cadillac’s ledger. One step in the right direction is an influx of metal to back up its marketing promises. That is finally coming to fruition starting this fall with the debut of the XT4, a compact crossover. After that, the brand gets a new or redesigned vehicle every six months on average through 2021. But there’s still a long row to hoe.

The new product is a start, but it remains to be seen what approach the automaker will take to its marketing, which could be overhauled yet again under the new leadership. With any luck, they will keep the big picture the main focus and won’t sacrifice long-term rebranding plans in favor of short-term sales bumps.

automotive
2 comments about "Cadillac Is Once Again At A Crossroads".
Check to receive email when comments are posted.
Read more comments >
Next story loading