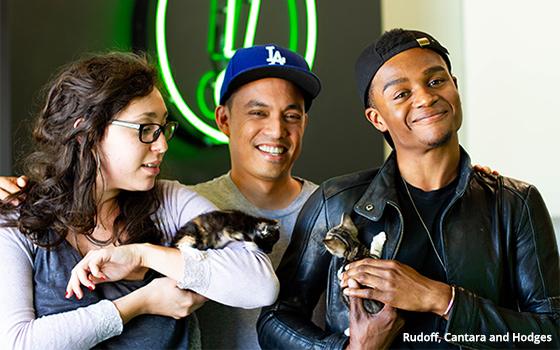 Colin Hodges, copywriter and songwriter for Warner Music moves over from Campbell Ewald where he worked on accounts including Travelocity, IHOP and Kaiser Permanente. Hodges is contributing across WONGDOODY accounts and new business efforts.

Agency production studio veteran CJ Cantara joins as a studio artist bringing over 16 years of experience in graphic design, print production management and retouching skills with him. He’s worked at shops including  eg+/BBDO, Midnight oil, Pitch, and ASG/ Spark!, and for brands like AT&T, Netflix, Nestle, Burger King, and Pepsi.

Sophie Rudoff has joined WONGDOODY as a project manager working closely with June Cleaver is Dead and The Mother Board teams. She joined WONGDOODY as a temp but “wowed the agency with her British accent and work ethic. Unable to imagine a life without her, they brought her on as a fulltime Jr. Project Manager.”