TV Still Most Trusted Source For Political News, Advertising Too 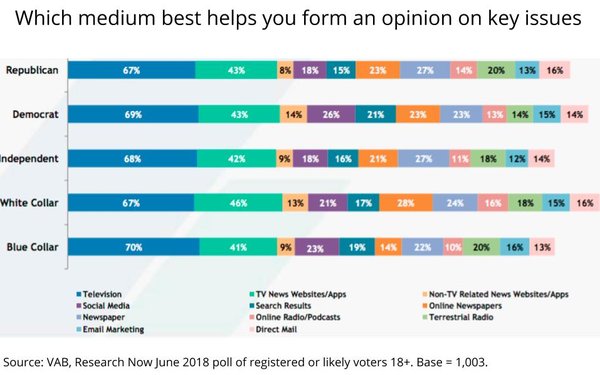 Despite all the knocks being made to the integrity of TV news outlets, including White House attacks characterizing cable news channels like CNN as “fake news,” TV still is the No. 1 source most Americans go to in order to form their opinions about key issues facing the nation.

That’s one of the findings in a new report released this morning by the Video Advertising Bureau. The report, which is based on a survey of more than 1,000 American voters conducted in June by Research Now, shows that regardless of party affiliation, occupation or demographic skew, TV is the go-to source for two-thirds or more of American voters.

Not surprisingly, the study also found that political ads on TV are most likely to get the attention of American voters and to help them form their opinions. 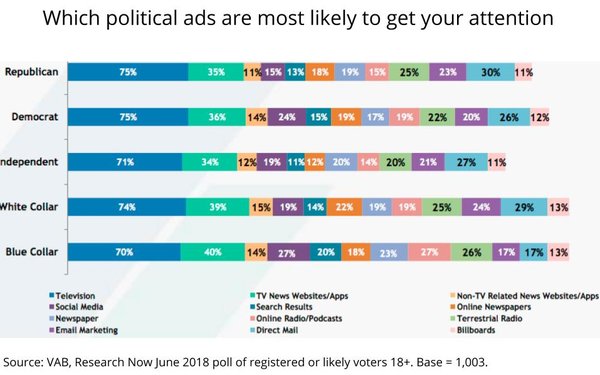