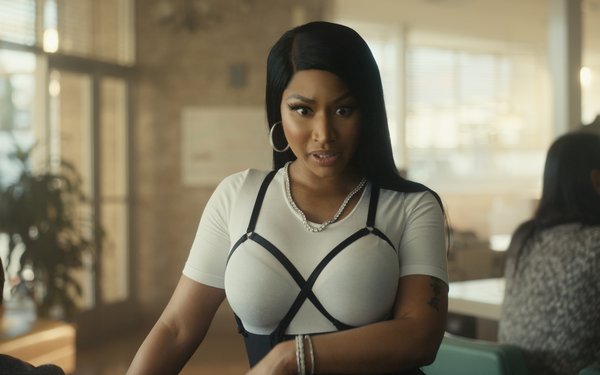 The video features big names in entertainment and sports, including Nicki Minaj, Lil Dicky, Chris Redd of SNL fame, DeAndre Hopkins of the Houston Texans and Joel Embiid of the Philadelphia 76ers. At just over 3 1/2 minutes long, it is considerably longer than past year’s teaser efforts, which were between 60 and 90 seconds.

The video is from New York-based Johannes Leonardo and features a fictional character named Will. Last year’s effort from BBDO focused on fictional player Devin Wade.

The creative includes Redd and Lil Dicky discussing how “Will” became the ultimate Madden NFL gaming legend and giving a play-by-play of the series of events that unfolded when he called “the greatest play call ever.”

Embiid plays Madden NFL Overdrive and talks icing the kicker. Quavo spits a line of the exclusive track created for “Will’s” legendary call. Hopkins commemorates the legend of “Will” with a diamond chain shaped like his face.

Minaj is an ultra-Madden NFL fan who plays on the regular and shares her unique gamer ID, which includes “Mind your business, underscore.”

Humor and celebs seem to have become par for the course for the brand. The gaming company is comparing this year’s effort to the over-the-top effort in 2014 that featured Kevin Hart.