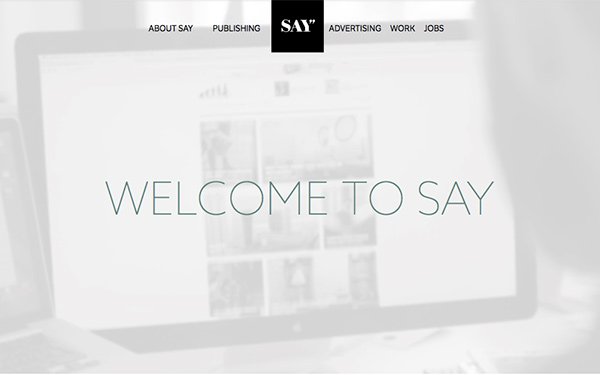 Maven, a company that provides a publishing platform and ad tech to a “coalition” of independent publisher partners, has acquired sufficient funds to buy Say Media and its assets, including its enterprise advertising and tech platform partnerships, with over 125 digital media brands.

Maven announced a convertible preferred stock financing round with net cash proceeds of about $13 million, which will be used to purchase Say Media and provide working capital.

The funds will also be used to merge HubPages, a user-generated content site that Maven acquired earlier this year. The consolidation of Say, Maven and HubPages will give the Maven brand over 90 million monthly visitors and more than 300 professional publishers, the company claims.

“We believe the combined portfolio of independent brands from Hub, Say and Maven have the potential to attain a material amount of market share from premium brand advertiser spending,” stated Maven chairman and president, Josh Jacobs. “Delivering audience scale plus professional, safe content on an efficient, unified platform creates a new premium platform for marketers.”

In a video describing the merger, Jacobs said all three of these companies “have been pioneers in thinking about how you enable independent publishers to succeed in the current market environment.”

All three have a similar business model:partnering with digital publishers on a shared business and technology platform.

“After more than 12 years building and collaborating with our extraordinary community of partners, it’s become clear that fully integrated technology and monetization at massive scale is needed to save independent digital media publishing,” Sanchez stated earlier this year.

Heckman said the new Maven will have the assets and funding to reach its goal: “a $30 million annualized revenue run rate and positive EBITDAS" by the fourth quarter of this year.

The deals are expected to close this month.

Maven’s publisher partners include the Human Rights Foundation, The Intellectualist, Blue Lives Matter and The Resurgent.

The preferred stock funding was led by investments from B. Riley FBR and Maven CEO and founder James Heckman. Jacobs and Heckman are former Yahoo execs; they built Maven as a tech platform for independent publishers to rely less on Facebook for revenue and ad dollars.