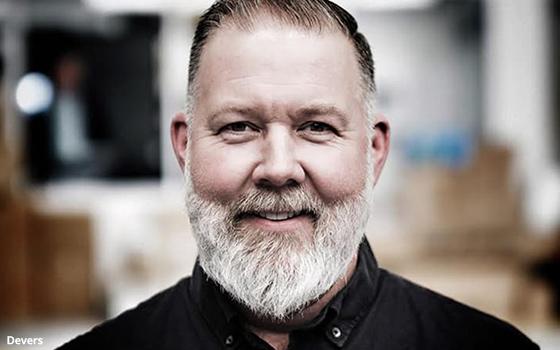 This move comes as SimpliSafe reaches an "inflection point," aided by Hellman & Friedman's recent private equity investment that now values the start-up at more than $1 billion.

"The brand has done extremely well on the strength of its product and strategic direct marketing," says Devers, but the next phase for SimpliSafe is to "really grow awareness and build a brand that people love and talk about."

Devers' first task will be building a "robust internal creative team," he says. "My goal is to continually identify and execute on opportunities to make SimpliSafe more than an incredible product, but an incredible brand."

Devers started his advertising career in 1990 at Leonard, Monahan, Lubars & Partners. His work has been recognized by the Cannes Lions, D&AD and the One Show.

During his 19+ years at Arnold Worldwide, Devers notably served as creative director on one of its keystone accounts, Jack Daniels.

Now, he believes, his "design background and 25+ years of experience building brands aligns perfectly with [SimpliSafe's] goals" to "harness creativity and design as a business advantage."

Concurrently, the company is announcing that Don Nelson, formerly of Vistaprint, is joining the company as chief technology officer to oversee the engineering, as well as research and development teams.