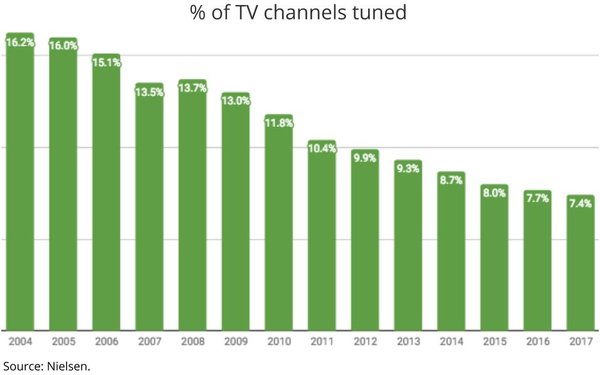 The share of TV channels tuned by the average American household has fallen to about 7%, according to a Research Intelligencer analysis of new estimates from Nielsen.

That’s about half the percentage of channels tuned by the average American household just a decade ago.

The decline reflects the continued expansion of the “linear” TV universe, but does not factor in the equally expanding supply of non-linear TV options, including over-the-top, SVOD, and other new digital channels of video programming.