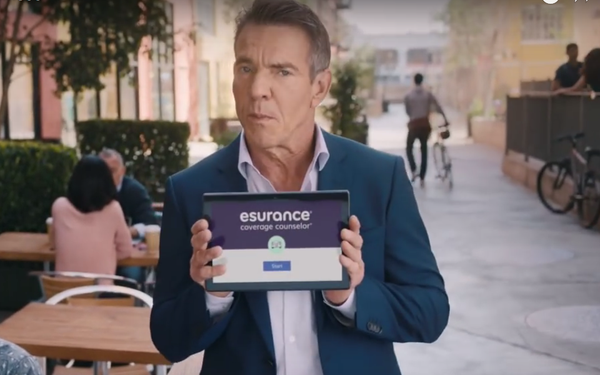 Developed with Leo Burnett Chicago, the "Surprisingly Painless" creative shows Quaid breaking the fourth wall to acknowledge he is in a commercial to speak to viewers about the online insurance provider's services. At one point, he claims the brand hired him because he is "highly likeable."

The new brand positioning and tagline debuts Aug. 20, running across television, streaming audio, digital, and social media. It also serves as the end of the relationship for long-running voiceover actor John Krasinski.