Year After Di Anniversary, ABC Comes Back With More 'Royals' 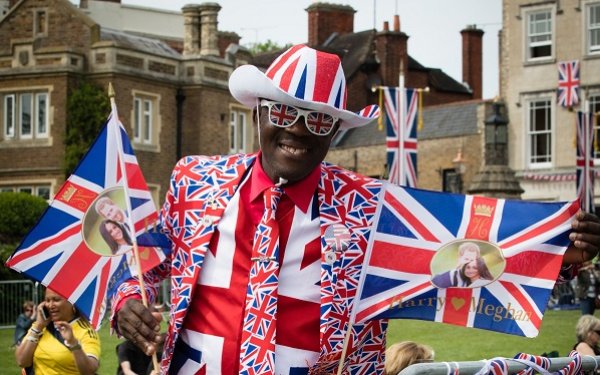 The appetite of TV audiences for yet another lengthy look at England's royal family will be put to the test Wednesday and Thursday night on ABC.

The test show is titled “The Story of the Royals.” It is a four-hour co-production with People magazine that airs in two parts -- two hours on each night.

For the programmers and schedulers at ABC, a four-hour documentary such as this one does come in handy in the second half of August when they still need to fill their prime-time hours, even if viewership at this time of year takes a holiday.

Four hours is a hefty chunk of prime time to take up with a documentary whose subject, in the past, has almost never failed.

Just last summer, for example, TV -- including ABC -- was awash in specials commemorating and retelling the story of Princess Diana marking the 20th anniversary of her death in August 1997.

The thing about documentaries such as the one ABC will air this week is that so much of the material is already known. Plus, a network can assemble much of it from the many hours of such programming it has produced previously over the years.

Since there have been dozens (if not hundreds) of royal family documentaries produced and aired over the last two decades, the scripts and comments provided by a recurring cast of royal watchers -- and in this case, ABC News journalists -- all begin to sound the same.

There are the various quotes about the steadfastness of Queen Elizabeth, the mysterious allure of Princess Di, the challenges of maintaining the royals’ aloof but useful position in British society in modern times, and the periodic threats to the stability of the monarchy.

On this last subject, “The Story of the Royals” does a very good job of reviving and retelling the story of the abdication of Edward VIII in 1936, who withdrew from the throne after less than a year as king.

In stepping away, he chose his love for an American divorcee, Wallis Simpson -- a relationship that royal tradition and public opinion would not allow.

As this ABC documentary points out, without this historic abdication and the changes it wrought in the line of succession, Elizabeth might never have become queen.

That would have meant that none of the drama we all take for granted in the royal family we know today would have ever taken place.

The documentary also uses the story of Edward to make another point: That times sure have changed since the world frowned on royals marrying commoners, Americans or divorcees.

Earlier this year, the entire world celebrated the wedding of Prince Harry and the American actress Meghan Markle -- American, divorced and even of mixed ethnicity.

Indeed, the massive TV coverage of their wedding last May was also an occasion for trotting out the usual stories and video clips gleaned from the history of the royal family at least as far back as Di's marriage to Prince Charles in July 1981.

However, as Harry and Meghan's wedding showed, the public's appetite for royal TV content does seem insatiable. The prediction from here is that ABC's four-hour royal family documentary this week is not likely to fail.