How Much Would You Pay To Watch 'One Dollar'? 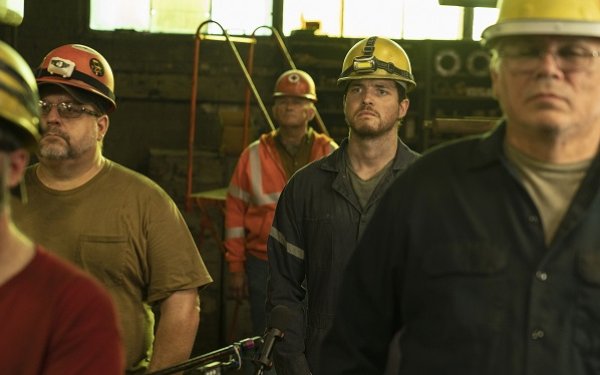 The question with this new drama series coming this week to CBS All Access -- as with any new series made for SVOD (streaming video on demand) -- is this: Is it worth paying for?

Naturally, one could ask the same question about any form of TV we pay for, such as basic and premium cable.

Some of us find the monthly bills from our cable companies more or less acceptable, even if we wish they could magically be reduced instead of gradually inching upward each year.

With reductions in mind, some of us seek ways to cut out some of the items on the bill. We consider smaller tiers or decide that channels such as HBO and/or Showtime are just not worth the money.

Today, however, considerations of where and how to spend our TV dollars encompass a slew of content services. People cutting their cable cords in order to arrange all of their video consumption in the world of streaming services still have bills to pay.

Into this fray comes CBS All Access, the broadcast network's growing subscription streaming service known mainly for “The Good Fight,” the sequel to the former network show “The Good Wife,” and “Star Trek: Discovery,” the newest series in the never-ending “Star Trek” saga.

The service's newest entry is titled “One Dollar,” premiering this coming Thursday (August 30). It's a 10-part drama series of (roughly) one-hour episodes that tells the story of a small fictional town in Pennsylvania called Braden, outside of Pittsburgh.

There is a lot going on in Braden, including a multiple murder with no bodies, steel mills facing uncertain economic times, a series of thefts, rich people having marital problems and poor people having money problems.

How it all ties together is the show's overriding mystery, although the real central mystery surrounds this bloody crime and the missing bodies (but lots of blood).

And I almost forgot: There is a dollar bill that keeps changing hands in the story -- which is how the show gets its name.

However, so much is going on in this show that the task of keeping track of who has this dollar seemed superfluous in the first two episodes the TV Blog previewed for this review.

Perhaps this dollar emerges as more than just something that ultimately has little meaning. Hitchcock famously called such things “MacGuffins.”

On the whole, “One Dollar” is a very good show. It has an authentic small-town feel, because it was being filmed on location somewhere in Pennsylvania.

The small-town atmosphere is enhanced by the show's large ensemble of actors. Few are well-known, but they play well off of each other -- like people who have lived near each other all of their lives.

At the same time, however, the actors sometimes seem too much like they are acting -- "pretending to be real people rather than 'being' real people," as I wrote in my notes at one point. But this is a minor complaint.

In addition, except for some of the characters unabashedly (and gratuitously) sprinkling their conversations with f-words, this show could just as easily air on network television, where bloody murders and their grisly aftermath are a nightly occurrence, especially on CBS.

“One Dollar” starts on CBS All Access on Thursday (August 30).