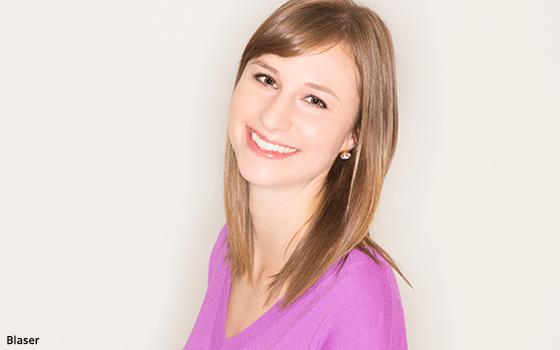 Michelle Blaser, formerly with MullenLowe Mediahub, is joining Baldwin& as its first-ever communications strategy director to develop connections strategy across all accounts, including KIOTI Tractor and Krispy Kreme.

"I’m excited to be adding this role to the strategy department as it has become increasingly important to not only know who the customer is but also know where and how to reach them in interesting, non-traditional and relevant ways," said the agency's director of strategy Ashley Yetman, to whom Blaser reports.

“Michelle has some very impressive communications planning chops, having developed innovative media ideas for some of the most popular content among viewers of all ages. She’ll help turbo-charge the strategy and customer connections side of our clients’ businesses.”

While at MullenLowe Mediahub, Blaser was on the team that pitched and won Netflix, and she led the strategy behind campaigns for "Stranger Things," "The Crown," and "Black Mirror," among others.

During her career, Blaser has worked on integrated strategy and media planning for brands including New Balance, TV Land, Ulta Beauty, ABC, Booking.com, ESPN, and the Cooper Hewitt Smithsonian National Design Museum. She is also a five-time OMMA award winner, including Best in Show.

Blaser starts September 10 and is relocating from New York to the agency's Raleigh, North Carolina office.