No Yolks Gets Playfully Naughty With 'Tasteful Noods' 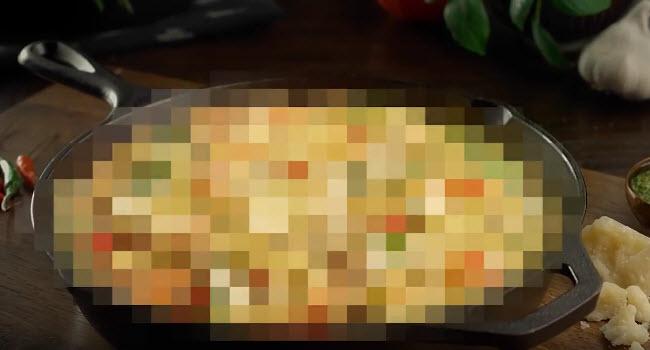 A video series plays off “noods” as a homonym for “nudes,” with intense close-ups of various inviting dishes made with No Yolks, accompanied by a Barry White sound-alike track and voiceover that entices viewers with “tasty, saucy noods.”

The “Tasteful Noods” campaign, from No Yolks’s creative agency TM Advertising, is designed to highlight the versatility of the yolkless egg pasta.

It includes 15- and 8-second versions of “Live Noods” (below) which starts with a noodle close-up that at first suggests the curvature of a female form; and of “Uncensored Noods,” which starts with a (skillet) image (above) obscured by the checkered pattern once commonly used to censor film footage.

The campaign, which also includes social and digital ads, “puts a new spotlight on this fun, nostalgic brand favorite” by being “entertaining and disruptive,” noted Marie Dobson, director of U.S. pasta at Riviana Foods.

Clearly, for this brand, no noods isn’t good noods.

Riviana, a subsidiary of Spanish food company Ebro Foods, S.A., is the largest maker and marketer of branded and private-label rice products, and second-largest pasta maker, in the U.S. Its brands include Minute, Success, Carolina, Ronzoni and San Giorgio, among others.