Independent Brewers Want You To Be 'Crafty' When Choosing Beer 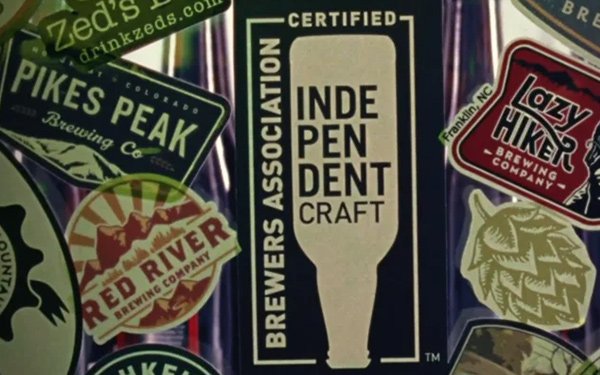 The Brewers Association is revealing its latest national campaign to encourage beer drinkers to select craft beers made from small, independent brewers as opposed to many "craft" brands masquerading as small, but actually owned by conglomerates.

The “That’s Independence You’re Tasting,” developed by Sterling Rice Group (SRG), is designed to be educational by highlighting the non-profit's official seal — an image of a beer bottle flipped upside down – that has been adopted by more than 3,700 craft brewing companies.

“With this campaign we wanted to create stories that really honor the ideals of independence and remind beer lovers to look for the seal when making their choice of what beer to drink," says Adam Wohl, executive creative director, SRG.

The campaign features television and digital video across multiple platforms, including lifestyle programming that will run through the second half of the year. This messaging will be supported by the 6,600 members as well as across social media.

This campaign follows last year's "Take Craft Back" creative that amusingly sought the largest crowd-funding to date to raise $213 billion in order to buy Anheuser Busch InBev. The campaign raised $13 million in "mock" dollars, $3 million in real ones, and 12,000 beer lovers directly pledged their support via TakeCraftBack.com.

This campaign was designed to leverage free buzz by its supporters and community. The Brewers Association's 2017 Stewardship Report states that the organization spent $1.99 million on sales and marketing.