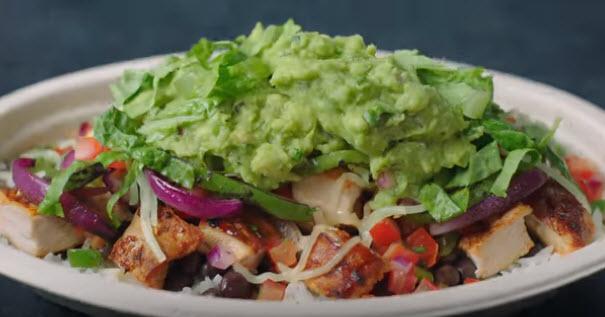 With a new CEO and CMO on board as of this past spring, long-under-siege Chipotle is implementing its latest campaign designed to underscore the “food with integrity” brand message it launched with 25 years ago.

CEO Brian Niccol — who was credited with turning around Yum Brands’ Taco Bell — has said that he feels that Chipotle had become “invisible” in the marketplace in recent times. And he’s declared that he and new CMO Chris Brandt (also from Taco Bell) are out to turn Chipotle into a “purpose-driven lifestyle brand.”

Investing in new marketing to heighten awareness of Chipotle’s fresh, “clean” ingredients and fresh preparation — attributes prioritized by millennials and younger consumers, in particular — are a key element in Niccol’s overall revitalization plan, which he's dubbed “the big fix.” The plan also includes updating the restaurants’ interiors, extending its hours, adding a snacking “happy hour,” and freshening up its menu (including two new bacon items and a limited-time revival of its chorizo).

Prior to the new executives’ arrival, the fresh/clean ingredients message had been at the center of other recent campaigns.

“Ingredients Reign,” from GSD&M, launched in fall 2016. It featured a stop-action video series showing animated vegetables and other fresh ingredients ruling within a fairy tale-like kingdom.

“As Real As It Gets,” from Venables Bell & Partners — which has been kept on as Chipotle’s lead creative agency under Brandt — launched in April 2017. While multichannel, that campaign was  Chipotle’s first to emphasize television. The creative took a semi-surreal, dryly humorous approach to the fresh/clean ingredients message, with comedians and actors in a piano lounge located inside a giant Chipotle taco being interviewed by the voice of Jeffrey Tambor.

Now, the brand is unveiling a full-blown campaign called “For Real.” This time, the creative from Venables Bell & Partners stresses that Chipotle uses just 51 fresh ingredients and prepares its food fresh daily, by hand. (There are no microwaves or freezers in its restaurants, as one ad points out.) There's no humor, but lots of close-ups of fresh ingredients being chopped and prepped.

The campaign will include TV/digital ads (sample below), out-of-home and print.  Chipotle is also launching a second Instagram account, @ChipotleForReal, meant to educate followers about each of its 51 ingredients.

"Chipotle has always emphasized food prepared fresh daily in all of our restaurants, and we wanted this campaign to highlight that, reflecting our real principles and 'real' as a way of acting in the world,” stated Brandt. “We like to say that the only ingredient that's hard to pronounce at Chipotle is 'Chipotle.'"

After seeing its sales pummeled by a series of food-borne illness outbreaks starting in 2015, Chipotle began to show significant recovery in this year’s first half: Revenue increased 7.9%, including a 2.9% increase in comparable-store sales. The gains were driven by menu price increases, but traffic declines were also showing signs of slowing.

Chipotle suffered another outbreak in late July, affecting nearly 700 people who had eaten in a Columbus, Ohio Chipotle location. The latest setback hit its third-quarter sales (not yet officially reported), Wedbush analyst Nick Setyan told CNBC. However, as of Sept. 10, the company’s shares were still up more than 66% since January.