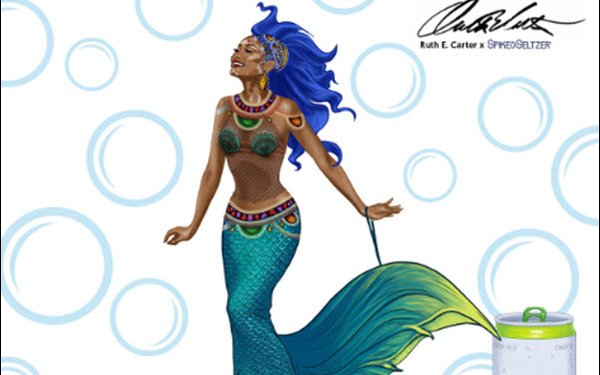 Those feeling the urge to channel Daryl Hannah (or maybe Cher) for Halloween should check out the latest contest from SpikedSeltzer.

The costume — said to be valued at $25,000 — was designed by Oscar-nominated costume designer Ruth E. Carter, who most recently worked on “Black Panther.”

The costume (shown in the sketch) was "inspired by” the brand’s West Indies Lime flavor, and “marries mermaid vibes with Carter’s distinct aesthetic to imagine SpikedSeltzer’s mermaid icon as a dynamic, alluring and powerful superhero,” says the promotion.

It will be tailor-made, with Carter doing a one-on-one consultation to ensure that it’s customized to the winner’s body and style.

To enter (between Oct. 1 - 10), fans need to follow @SpikedSeltzer on Instagram, share the sketch image on their own Instagram accounts, stating why they want to dress up as a mermaid for Halloween; and tag #MermaidCrusade and #Contest. The winner will be chosen by a panel of judges.

Carter is featured in a video explaining how the winning costume will be made, and how fans can make DIY mermaid costumes at home. She’s also promoting the sweeps on her own social accounts.