The Future Of Agencies According To Nick Law 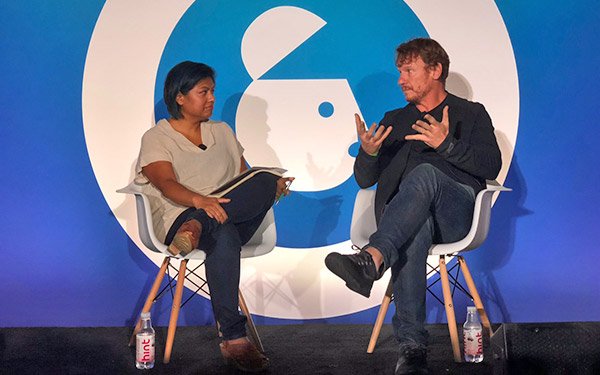 Nick Law was a force at R/GA for years, helping to build the agency into a digital dynamo while shaping creative digital techniques in the process. He left to become chief creative officer at Publicis Groupe earlier this year.

Speaking at Advertising Week he said that one thing he can’t stand (any longer) is the corporate title of chief digital officer.

That kind of falls in line with the sentiment of many these days that the world is now basically digital so why considerate it as something that’s separate and apart?

"I hate the title chief digital officer," says Law. If you can have that title than I am hiring a chief analogue officer,” he jokes. “Digital is everything." Differences these days are more about differing skill sets, like analytics or insights. Instead of CDOs, companies need to organize talent around their capabilities and strengths, Law asserts.

“It isn't like this industry doesn't have a great heritage of creative leadership, but there is thought that it wasn't needed at the organizational level,” says Law. “This media environment and clients used to be very stable.”

Storytelling is not the only version of creativity,” he says. “Our product is creative in many cases, says Law. “New competitors like Deloitte and Accenture Interactive, in particular, mean it is increasingly important for us to demonstrate we still have at the center.”

There isn't a lot of differentiation between agency networks, their structures, world visions, statements, Law submits. They are like "fridge magnets."

Cross-selling to a client is one of the hardest things to do. Clients don't buy services because they “typecast you as a certain thing,” says Law. “They don't see a TV shop as capable of handling analytics, particularly when the same team is pitching this added business. You need to build credibility before you cross-sell.”

Law mentions how his former agency R/GA really wanted to do a TV spot while serving as Nike's innovation agency. "But they just didn't see it with us." The agency had to take several little digital projects to demonstrate its creativity and abilities before Nike handed them a TV project.

The future of agencies is not just one big capability but 15 capabilities that are all connected, says Law.

"Think about data as augmented experience," he says. "I might go outside and a red-headed person might punch me in the face. And I'm not going to think, 'Well, all redheads are idiots.'"

The point is that data can lead to bias, says Law. "You need to look at data as a whole. And you need to understand where there are confirmation biases; you need to look at the big picture. And then you need to, as a creative person, take an intuitive leap. Humanity is everything. Take the data, figure out how it applies to us as humans, and then take a leap."