Games Without A Console? XBox One Unveils Project XCloud 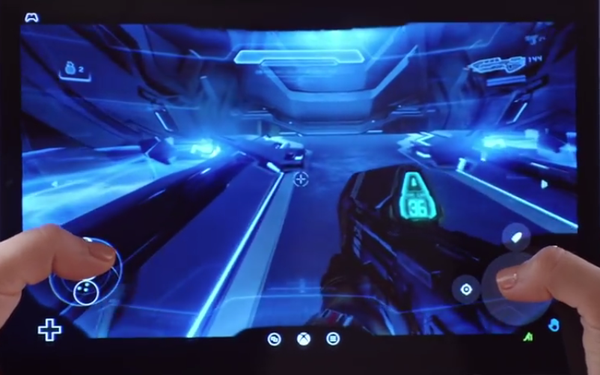 Microsoft today announced the Project xCloud game-serving service that will give gamers the ability to play console-quality games on their computer device: smartphone, laptop,  PC or still on the console. It hopes to have the system going by some time in 2019.

At the same time, Microsoft says it will unveil a new game that works on those devices that have limited controls.  “We are developing a new game-specific touch input overlay that provides maximum response in a minimal footprint for players who choose to play without a controller,” the company blog explained.

“Our Cloud engineers are building a game streaming network to unlock console-quality gaming on any device,” a new XBox video on YouTube  begins. It reasons that no other medium is locked to one device, as console games are. The evolution, using Microsoft’s cloud service Azure coupled with 5G Internet technology, has a unique advantage, it says. And with two billion gamers out there, Microsoft sees a huge market.

But it also makes clear, “Consoles are still going to be the flagship experience,” as one XBox techie says. “You’re going to have that immersive, high-fidelity experience with your amazing sound systems."

A co-worker adds, “But we know not everyone in the world is going to go out and buy a gaming console.”

Microsoft’s developers who’ve already created 3,000 Xbox Ones will be able to deploy and dramatically scale access Project xCloud “with no additional work,” it says.

The company made it clear these are early days for this concept.

“Scaling and building out Project xCloud is a multi-year journey for us,” its announcement says. “We’ll begin public trials in 2019 so we can learn and scale with different volumes and locations. Our focus is on delivering an amazing added experience to existing Xbox players and on empowering developers to scale to hundreds of millions of new players across devices.”

You may need a scorecard to keep track of all the projects. Last week, Google Chrome unveiled Project Stream, which will bring high-quality game streaming to users via their browser,  not a console. It invited Chrome users to apply to be chosen to be able to play the as-yet-unreleased “Assassin’s Creed Odyssey”  from Ubisoft via their Chrome browser on a laptop or desktop.

“The idea of streaming such graphically rich content that requires near-instant interaction between the game controller and the graphics on the screen poses a number of challenges,” a Google blog enthused.  “When streaming TV or movies, consumers are comfortable with a few seconds of buffering at the start, but streaming high-quality games requires latency measured in milliseconds, with no graphic degradation. “