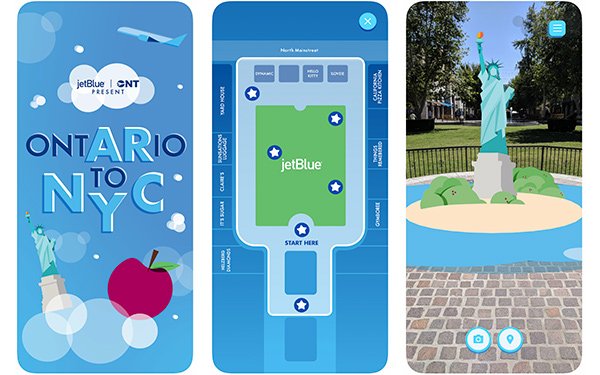 Daily prizes were offered for interacting with the landmarks within the mobile app. Prizes included vouchers to ONT concession, roundtrip flights from ONT to JFK and tickets to local sporting events and shows.