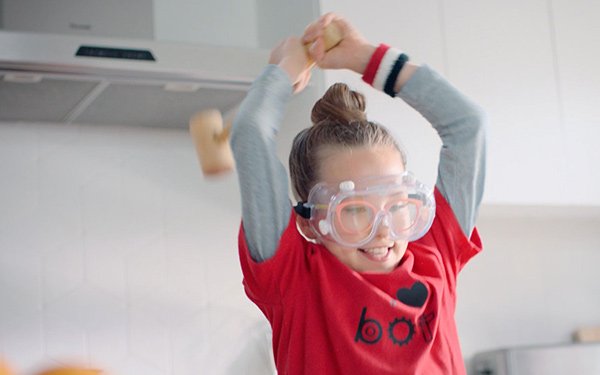 iRobot decided to work directly with director Ed Han and production company CinemaStreet to allow for more flexibility and creative control to promote the latest edition of its Roomba vacuum, one of the products from the parent company’s home division.

Working directly with the production house is designed to let the brand explore different options and possibilities at every stage, from concept through production and post, says Dana Offenbach, founder/executive producer, CinemaStreet.

“For example, our editor, Jim Ulbrich of Nomad, surprised us with a sixty-second version that so excited our partners at iRobot that they agreed to air it and run it as digital content,” she explains.

Under this approach Han guides the strategy, assembles creative teams and directs the work himself.

Further, Han and his CinemaStreet team simultaneously shot an Asian market version of the spot with a different cast, she adds, allowing them to maximize the client’s production budget and save time.

The package Han and CinemaStreet delivered includes a demo spot, a more family-oriented story ad, a :60 online version as well as pre-roll ads, point of sale and product videos and content for social and earned media. The Asian-targeted “Throw Down” will run alongside the features-oriented package of :15-second spots.

This iRobot i7+ campaign is the sixth broadcast partnership with Han and CinemaStreet. This campaign follows Roomba's “Play Date” which debuted earlier this year around Mother’s Day.