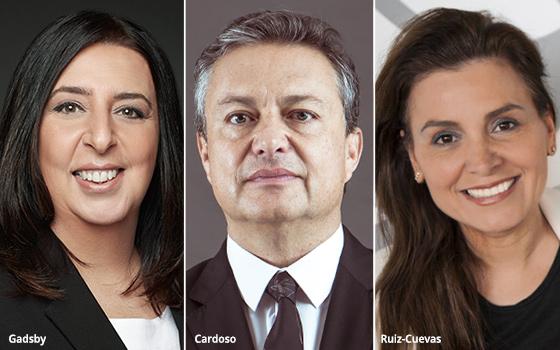 Latin America is the latest region to undergo a leadership reshuffling by Publicis Groupe.

Alejandro Cardoso, president/CEO, Publicis Communications Mexico, is elevated to regional executive chairman, where he will focus on the Groupe’s growth strategy and top client relationships, as well as other strategic initiatives such as mergers and acquisitions for the region. He will work closely with Gadsby to integrate and implement the Groupe’s Power of One model.

The Groupe is also implementing its country model in Mexico under Marta Ruiz-Cuevas, CEO of Publicis Media Mexico, who is named to the newly created role of CEO of Publicis Groupe in Mexico.

Tim Jones, CEO of Publicis Media Americas, who served as interim CEO of Publicis Groupe LATAM, will continue to have executive oversight of the region with Gadsby, Cardoso, and Ruiz-Cuevas reporting to him.

This LATAM overhaul includes all countries across the region with the exception of Brazil, which is a “single-solution hub country” for the holding company.