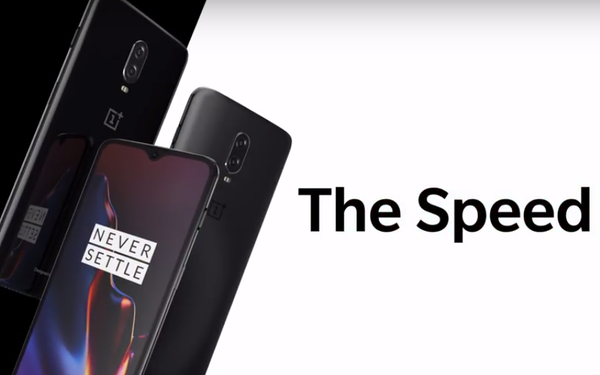 But the big news might be that OnePlus will be compatible with Verizon’s network.

That may not be the headline T-Mobile prefers, though. That carrier announced today an exclusive to sell the OnePlus 6T in its stores. T-Mobile is also offering a $300 discount on OnePlus  to consumers who trade in other select phones.

That basically drops the regular retail price of the OnePlus 6T by more than half.

And while the new OnePlus now works with Verizon -- the largest cellphone carrier -- you can’t buy  it in Verizon stores. But you can buy it online, the way OnePlus phones have always been sold previously.

The net result is twofold for OnePlus: It now has access to Verizon customers, and through T-Mobile, starting Nov. 1,  it has an “exclusive” physical presence in stores. That could do a lot to familiarize Americans with the brand. (T-Mobile began selling the phone at its location in New York's Times Square today.)

John Legere, T-Mobile’s CEO, says that even before there was any official link between the companies, over 200,000 T-Mobile subscribers brought their OnePlus smartphones in to link up with the third largest wireless carrier.

This summer two testing companies proclaimed that T-Mobile has the smartphone industry’s fastest network in the U.S., a boast it is now using to tie in to its OnePlus 6T arrangement.

“T-Mobile is the perfect wireless partner for us in the U.S.,” says Pete Lau, CEO of OnePlus. “The OnePlus 6T clocks some serious speed, and we wanted our customers to unleash it on the fastest network in the nation.”

In fact, this phone, like the one before, is powered by the Qualcomm Snapdragon 845 processor, so its speed should be the same.

The new smartphone, unveiled at a New York City press event, is otherwise not much changed from the OnePlus 6 that debuted in May, though it now has a fingerprint sensor built into the screen, and the phone looks sleeker than its predecessor.

The company claims it has enhanced low-light photo quality with its “Nightscape” feature. It also unveiled Studio Lighting, which it says will improve portrait — and of course, selfie — photos.

OnePlus has only existed since 2011 and though it’s not well known in the United States, its partnership with T-Mobile will give it the kind of exposure its Chinese rivals, Huawei and ZTE, do not have. At a time of high friction between China and the U.S., that could mean a lot.