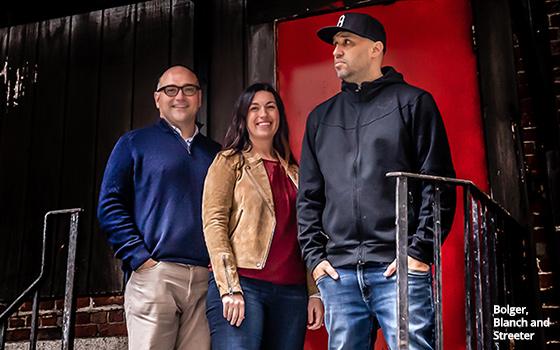 Hill Holliday has promoted Dave Bolger to chief media officer of its media operation Trilla, a new role at the agency.

The appointment was one of several senior-level management moves that the Boston-based Interpublic Group agency confirmed this week. Lindsay Blanch was tapped to lead the shop’s decision science operation while Khari Streeter has been tasked with leading all production efforts as executive vice president and creative director.

“We’re investing in the right practice areas and positioning ourselves to serve a new generation of clients with very specific needs,” stated agency president Chris Wallrapp. “They don’t just want data, they want insights that make an economic difference. They don’t just want more cost management, they want faster and better work. These changes reflect our commitment to delivering that every day.”

In his new role, Bolger will lead the strategic direction for the Trilia brand and position the business for future growth. He returned to Trilia in 2016 from OMD, where he was managing director of the LA office, overseeing the Activision and Ancestry.com accounts.

In her new role, Blanch, a six-year veteran of the agency, is charged with combining business intelligence, media analytics, consumer research and data insights to deliver better, faster marketing decisions for clients.

Streeter’s role as production lead is also new. Prior to Hill Holliday, Streeter was a creative director and partner at The Heat, working with clients like Reebok and Anheuser-Busch. He co-directed two feature-length films, “Black & White & Red All Over” and “Lift.”