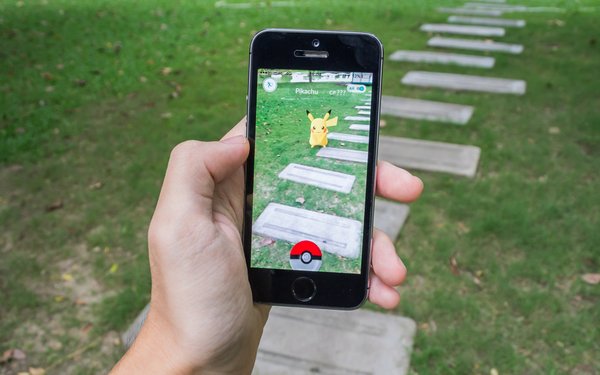 You’d be forgiven for assuming the Pokémon GO phenomenon is over. But you’d be dead wrong.

Just in October, the mobile game that introduced augmented reality to mass audiences in 2016 raked in $73 million in revenue across the App Store and Google Play.

That’s according to new estimates from mobile research firm Sensor Tower. Remarkably, that’s up 67% from the same period, last year.

Don’t assume that foreign markets are solely responsible for the game’s continued popularity. In terms of regional share of the game’s October revenue, Japan and the U.S. were nearly tied at 33.2% and 32.9%, respectively.

In terms of revenue, the windfall secured Pokémon GO’s position as the eighth-top-earning app on the App Store and Google Play.

Along with the Pokémon franchise itself, the continued success of the game speaks to the staying power of popular mobile apps.

Despite its continued success, Pokémon Go’s engagement levels are subject to seasonal factors, according to Sensor Tower.

“With winter fast approaching in Pokémon GO’s two largest territories, we’ll have to see if Niantic can be more successful at encouraging players to keep heading outdoors than it was this time last year,” the research notes in a new report.

The game did see a significant drop in spending during the period of November 2017 through January 2018, according to the firm’s data.

More broadly, spending on AR and VR products and services is forecast to reach $27 billion in 2018 -- up 92% year-over-year -- according to a recent estimate from International Data Corporation.

Through 2022, worldwide spending on augmented reality and virtual reality will experience a five-year compound annual growth rate of 71.6%, IDC expects.