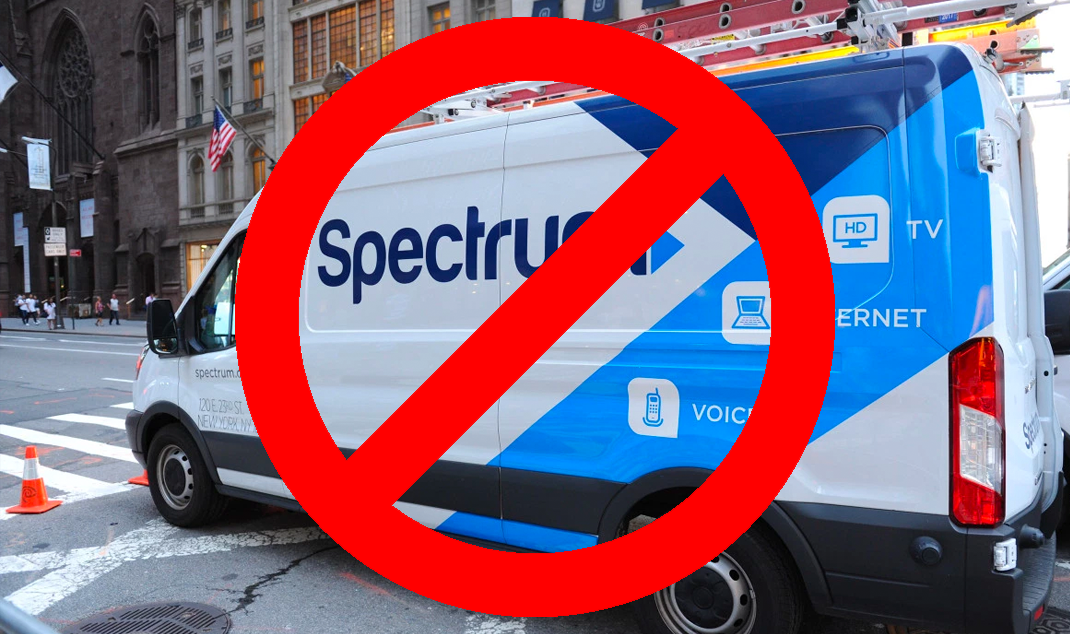 I am held hostage in my own home. I’ve embraced a whole panoply of devices and services that run my life. My lights go on and off via WiFi, my home audio system is driven by the net, my video services — including Apple  TV, Netflix, Roku, Amazon, and TiVo — all require internet connectivity. Grocery, pharmacy, dog food: all are ordered via web-connected services.

The web is my home lifeline to the world.

Which is why having a single provider of that wire — and a mediocre one at that — is frankly terrifying.

And New York state agrees. This summer New York regulators got fed up with Charter/Spectrum’s promises of services improvements and moved to kick Spectrum, the largest cable provider in New York, out of the state. "This is pretty radical," said Aija Leiponen, a professor of applied economics and management at Cornell University, quoted on syracuse.com. ”I’ve never heard of such a thing. It's very drastic.”

Drastic indeed.  The commission ordered Charter to file a plan within 60 days for the "orderly transition" of its cable franchises throughout the state to another provider or providers.

Charter is the second largest cable company in the nation, behind only Comcast. Charter has more than 2 million subscribers in New York.

Spectrum used to be Time Warner Cable, and a typical service call goes like this: My internet keeps going down. I call Spectrum. They say reset the modem. I do so.

Now my WiFi slows to a crawl. I call back. An operator who seems like he’s never seen a modem suggests I reset the modem, since that is what we did last time. Then he sends out a service technician.

The next day I wait at home. A nice guy comes by, pokes around, says the reset somehow named the 2G feed as 5G, so he resets, and says it should be working again. But then: two days of outage. No dog food. No TV. No service credit from Spectrum.

So it’s with great enthusiasm that I read in my building newsletter that we’re going to have the building wired by Verizon Fios. Yay! Competition. Choice. Fiber.

Months go by. No Verizon trucks outside. No guys running fiber down the stairwells  I corner our building super and ask with giddy enthusiasm, “Any timeline on when we get Fios?” He shrugs. “You know how these things go. At least a year, maybe more.” Shit.

So as the world zooms forward with web-connected devices, services, and apps that require internet connection, the TimeWarner/Charter/Spectrum behemoth holds me hostage.

Comcast! Please come rescue us. Or Verizon. Or some magical, but-as-yet-unknown, wireless service.

But the idea that only one company controls my access to the digital world just is an analog solution in a digital world.