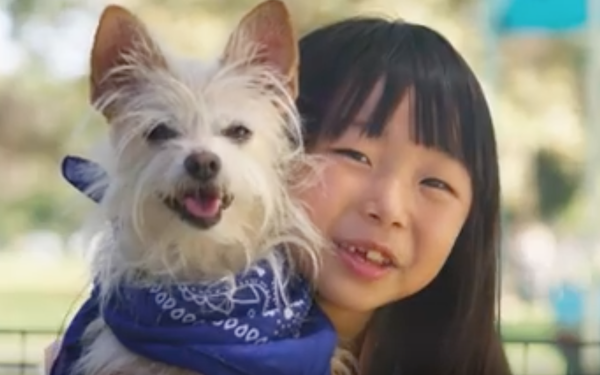 Subaru of America is reprising its annual “Share the Love” event with a creative campaign that brings to life the emotion and impact of the annual giving event.

For the first time, this year’s campaign will feature a new vehicle, the all-new 2019 Forester, which arrived on retailer lots just before the campaign started.

Now in its 11th year, the effort focuses on the automaker’s national charity partners: The American Society for the Prevention of Cruelty to Animals, Make-A-Wish America, Meals on Wheels America and National Park Foundation.

From Nov. 15 to Jan. 2, Subaru will donate $250 to the customer’s choice of one of the national charities for every new Subaru vehicle purchased or leased at more than 628 participating Subaru retailers nationwide.

For this year’s campaign, consumers will see many of the ingredients that have made past campaigns successful, says Brian Cavallucci, national advertising manager, Subaru of America, Inc.

“It includes emotional stories that focus on people, pets and places in need of our help, with a spot dedicated to each of the four national charities,” Cavallucci tells Marketing Daily. “We also have one spot dedicated to the overall impact of Share the Love over the last 11 years to round out the campaign.”

Starting today, the new spots, created by Subaru of America in collaboration with agency partner Carmichael Lynch, will air in 30-second formats on national television, and be featured in 30-second and 15-second formats in targeted digital and social media promotions.

“Silent Awe” focuses on the National Park Foundation. It follows the journey of a grandmother taking her granddaughter to a national park for the first time.

“Becoming a Hero,” for Make-A-Wish,  shows a little boy experiencing his wish of becoming a firefighter.

“Dinner Date” tells the story of a new friendship created through Meals on Wheels.

“New Friends,” for the ASPCA, tells the story of a girl learning the power of volunteering and helping an animal find a home.

Over the past 10 years, Subaru and its retailers have helped rescue over 50,000 animals with the ASPCA through this event.

Finally, the “Face Of Love” compilation reveals that by year's end, retailers will have donated over $140 million through the Subaru Share the Love Event to the national charities and over 1,170 hometown charities.

To complement the creative campaign, Subaru is working with several partners to develop other integrations.

On Nov. 20,  Subaru will exclusively debut the work being done with its charity partners on ABC’s "Good Morning America."

The automaker will also be collaborating with media company ATTN to develop a video series centered around the national charity partners and the ripple effect that happens when individuals volunteer.

Throughout the campaign, Subaru will also participate in a series of episodes on the podcast Science Vs, where local Subaru retailers will discuss the importance of the Share the Love Event and the relationship each has fostered with their hometown charity.