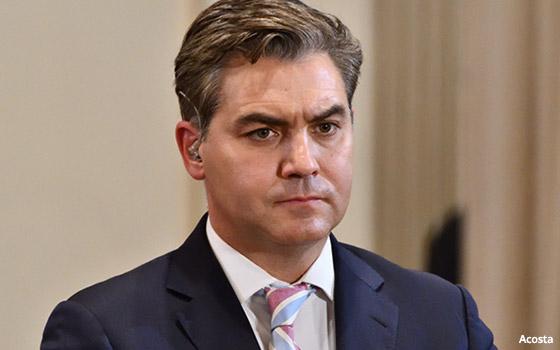 U.S. District Court Judge Timothy Kelly in the District of Columbia said Friday morning the White House failed to give Acosta due process of law when it summarily revoked his credentials after a contentious November 7 press conference.

Kelly, an appointee of President Trump, is expected to issue a written decision soon. The ruling is preliminary; it could theoretically change after more evidence is developed at trial.

"We will also further develop rules and processes to ensure fair and orderly press conferences in the future," she stated. "There must be decorum at the White House."

Trump said Friday afternoon that the ruling ordering the return of Acosta's press pass was "no big deal." The White House is currently drafting "rules of decorum."

"We're going to write them up right now," Trump said in an interview with Fox News' Chris Wallace.  "And if he misbehaves, we'll throw him out. Or we'll stop the news conference."

He added: "Nobody believes in the First Amendment more than I do."

The President currently faces two  other high-profile lawsuits accusing him of violating people's free-speech rights. "If I think somebody's asking out of sorts, I will leave," Trump added.

CNN argued in a lawsuit filed Tuesday that Acosta's First Amendment and Fifth Amendment rights were violated by the decision to revoke his press pass.

The lawsuit included claims that the White House's move was motivated by the content of CNN's and Acosta's reporting, arguing that the revocation marked “an unabashed attempt to censor the press and exclude reporters from the White House who challenge and dispute the President’s point of view."

The White House countered it has “absolute discretion” to take away a reporter's press credentials. But the administration also made a narrower argument -- that it had good reason to revoke Acosta's credentials because he was “disruptive” at the press conference.

Initially, the administration suggested the credentials were pulled because Acosta had physically placed his hands on a staffer. Soon after the November 7 conference,  Sanders posted a video that supposedly showed Acosta "placing his hands" on the staffer who had tried to take away the microphone.

But that clip had been altered to make Acosta's actions seem physically aggressive: The un-doctored clip shows Acosta trying to hold onto the microphone as the staffer tried to physically grab it away.

At the press conference, Acosta questioned Trump about his pre-midterm election statements characterizing a “caravan” of migrants traveling north from Central America as an “invasion.”