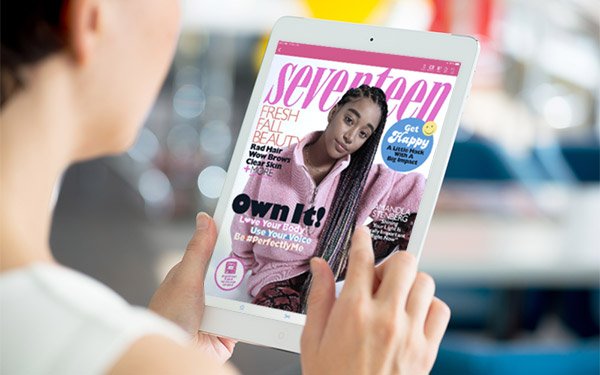 In another step to move into a digital-first future, Hearst has announced that Seventeen, which has been in print since 1944, will cease regular publication, turning to digital, and will print four special issues a year.

The first special issue is prom-themed and will go on sale Christmas Day, according to Adweek.

In October, Hearst announced it would cease print publication of Redbook and take further steps to integrate its digital and print editions companywide.

Hearst has been explicit about its intentions to turn publications into a collection of digital powerhouses. How does that future look to marketers? Subscribers will no doubt miss the print edition, the repercussions of its shuttering will likely be felt less elsewhere.

“Women are extremely loyal to the print brands they grew up with, meaning publishers will increasingly focus dollars on converting them or catering to them in a digital environment,” Curtis told Publishing Daily. “I imagine Hearst will position the change in a similar light, focusing on growing their team of digital experts and content creators, while scaling back on the more cost-prohibitive print editions.”

“Print publications definitely have the marquee names and brand equity, and will now have to bring authenticity, transparency and a new tone of voice to be relevant in digital,” she told Publishing Daily. “These are seismic shifts, which is why digital-only publications have really been able to lead in this space and steal market share, which brews loyalty in their audiences.”

Curtis noted, “As a marketer, the shift to digital is more efficient, effective and measurable. Brand dollars go much farther in digital and social than they do in print, and we're able to tie activity back to sales.”

As for Seventeen’s digital health, its website has held strong with 2 million unique visitors between September 2017 and the same period in 2018, per comScore.

Beyond turning to new strategies for digital, Seventeen made the savvy choice of focusing on special issues, which are known to generate revenue for publishers. The four editions may become collectors’ items for the 1.9 million print subscribers.