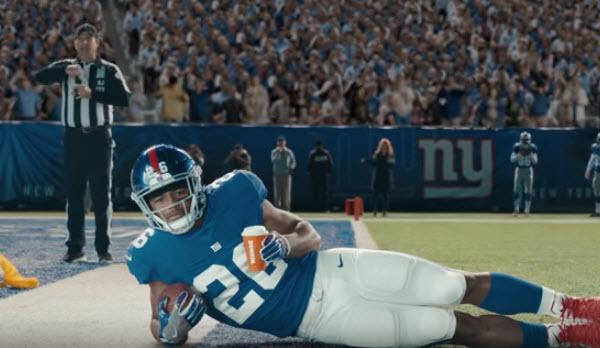 The partnership is kicking off with video ads for Dunkin’s new line of espresso beverages — a major initiative that’s already being backed by a notably brand-atypical TV and digital campaign from BBDO New York.

One of the initial Barkley ads (below) has the player predicting that the espresso beverages are going to be even “huger” than his huge legs (which get larger, via digital morphing, even as he speaks).

Two other ads have him promoting the smoothness and hand-crafted qualityof the beverages.