Do VOA, GoUSA Show The World How Great We Are? 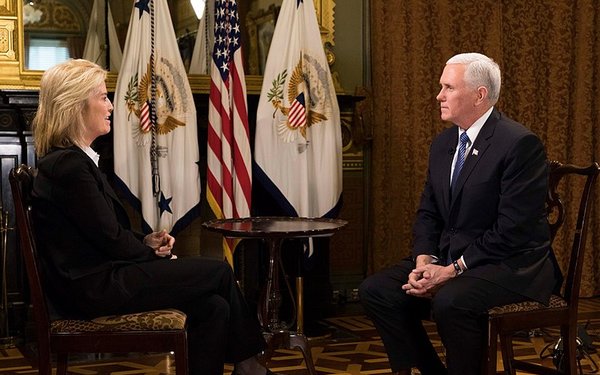 President Trump’s recent tweet that he wants to launch a state-run, global media network “to show the World the way we really are, GREAT” reminded me that the U.S. already has at least two officially sanctioned international video services.

One, of course, is Voice of America (VOA), whose TV series include “Border Crossings” -- which doesn’t cover caravans, but instead features music and interviews with such global “crossover” singers as Taylor Swift, Lady Gaga and Rihanna; and “People in America,” which profiles writers, scientists, educators, inventors and, yes, musicians again.

VOA’s on-demand offerings also answer the question on many a news junkie’s lips: “Whatever became of Greta Van Susteren?” Yes, the former CNN/Fox News/MSNBC anchor now holds forth on a weekly series, “Plugged in with Greta Van Susteren.”

I figured that watching one of Van Susteren’s shows would help to determine whether VOA is being true to its mandate of being fair and balanced (hmmm, sounds familiar, where have I heard that before?).

So I skipped more recent Van Susteren episodes titled “Artificial Intelligence” and “International students in America” and headed straight to “2018 US Midterm Elections.”

In a half-hour show done the day after the elections, Van Susteren talks to analysts plus a Democrat and a Republican, none of whom say anything revolutionary. She asks everyone if Trump will increase his use of executive orders once the new Congress comes in, and everyone agrees he will.

Two different people tell us the “blue wave met a red wall" — but remember that this was the day after the midterms, when the eventual size of the blue swell was still unknown. Summing up, Van Susteren remains as bland as ever, and unlikely to raise any red (or blue) flags.

The other U.S. international video service is GoUSA: not a cheerleading service as its name might imply, but rather designed to promote the U.S. as a tourist destination. It’s run by Brand USA, our country’s official destination marketing organization.

While GoUSA is geared toward foreigners, I hoped it could also prove useful for my own domestic travel planning. So I downloaded the app, and soon discovered one thing GoUSA has in common with Voice of America: it relies heavily on America’s musical output to reach global audiences.

GoUSA also has a thing for food, often paired with --  you guessed it -- music. “Turning Tables,” for instance, consists of six 22-minute episodes combining Seattle chefs with stars like India.Arie and Mary Lambert.

When I think of the intersection of music and food, such southern cities as New Orleans, Nashville and Memphis come to mind. We’re considering a Memphis visit, so I was eager to get some tips from GoUSA. Alas, shows on the former two cities came up in my search, but nothing on the latter.

I did, however, discover a three-minute paean to Newark, N.J. Yes, if you find yourself in that city, guess where the tourists come from? Likely, from overseas.

I learned that Newark has a park with 4,000 cherry trees, a mall with 200 shops, and a “thriving arts scene,” as evidenced by a visit to one of my -- and evidently the world’s -- favorite radio stations, the jazzy WBGO.

I then spent six minutes in Los Angeles’ “most iconic bookshop,” downtown’s aptly named The Last Bookstore, opened just in 2011. It's a place I’ll definitely visit next time I’m in L.A.

Finally, remembering President Trump’s tweet, I decided to see what GoUSA recommended as sites to see in Washington, DC.  Would the Trump International Hotel, housed in the city’s historic Old Post Office, join the White House as a cited tourist destination?

Neither site was anywhere to be found on GoUSA -- and neither was Washington, D.C itself.

On the whole, from what I sampled of both GoUSA and VOA, the U.S. already has two pretty good video services showing the world how great we are.