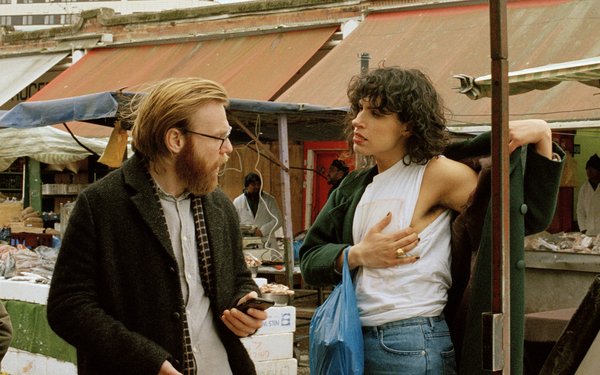 Hulu, home of “The Handmaid’s Tale,” still rolls out far fewer original series than rival Netflix or even Amazon Prime. So it would be a shame for subscribers to miss any of them.

Take its latest effort, a six-episode dreamed about a single female seeking romance after a breakup. But, as you might surmise from its title, “The Bisexual” offers a new twist on this tried-and-true formula.

The series represents a tour-de-force for director/co-writer/star Desiree Akhavan, who already won acclaim this year as director/co-writer of the feature drama, “The Miseducation of Cameron Post” — winner of the Grand Jury Prize at this year’s Sundance Film Festival.

Akhavan has become something of an expert at examining the role of sexual preferences in our society.

“The Miseducation of Cameron Post,” now available free to library card holders on Kanopy, is about a teenage girl forced to undergo gay conversion therapy.

“The Bisexual” is about a lesbian woman who, following a breakup with her lover, decides to add men to her sexual diet. However, coming out as a bisexual in today’s world is as verboten to her as coming out as a gay person would have been decades earlier.

Playing a bisexual is hardly new to Akhavan. She wrote, directed and starred as an un-closeted one, living in Brooklyn and also recovering from a breakup with a woman, in her 2014 debut film, “Appropriate Behavior.” That comedy is now streaming on Amazon Prime.

Even earlier, she directed, wrote and played a Brooklyn lesbian in the 16-episode web comedy series, “The Slope.”

In “The Bisexual,” produced by Hulu in association with Britain’s Channel 4, Akhavan plays Leila, an Iranian-American running a successful business in London with her lesbian lover, Sadie (Maxine Peake). When they take a “break” from their personal partnership, Leila starts exploring her sexual identity in a series of encounters with both men and women. Can Leila ultimately win back Sadie, or is she, as one lover has called her, an “emotional intimacy whore”?

The series includes a couple of in-jokes. At one point, Leila requests that a TV set be tuned back to Channel 4. In the final episode of Season One, there’s a reference to ‘The Handmaid’s Tale.”

“The Bisexual,” of course, isn’t another “Handmaid’s Tale” for Hulu. But it’s well worth checking out on its own terms.