End Of An Era As CBS Sells Television City In Hollywood 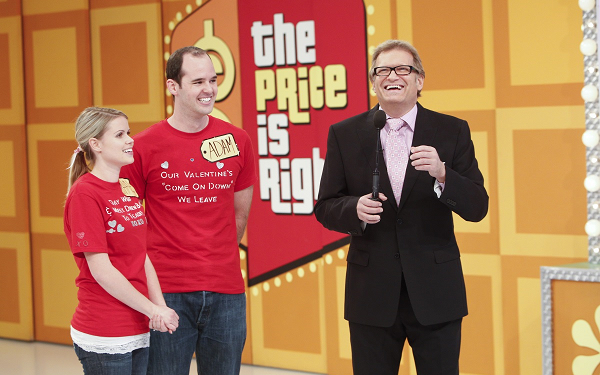 The lede on the Los Angeles Times story about CBS' sale of its landmark Television City studios this week was a classic.

“For CBS Corp., the price was right,” read the first sentence of the story, which was posted on the newspaper’s Web site, LATimes.com, late Monday evening, shortly after the announcement went out from CBS.

When the deal closes, Television City will be sold to a Los Angeles developer called Hackman Capital Partners.

The property comprises offices, parking lots and studios for CBS shows such as “The Late Late Show with James Corden,” “The Young and the Restless,” “The Bold and the Beautiful” and “The Price is Right” (pictured above with host Drew Carey).

The property sits on 25 acres of developable real estate. The purchase price is $750 million. CBS' press release says the shows it produces there will stay put for “at least” five years. And some corporate offices will remain as well.

In addition, these real estate developers bought the rights to the “Television City” name, which they can continue to use. Television City Condos, anyone?

That's intended as a joke. The fact is, these developers might redevelop Television City as modern production studios designed to serve the explosion of video content that is being produced these days. These developers are apparently working elsewhere on updating historic studio complexes in L.A.

Despite the “five-year” clause in the CBS press release, one gets the feeling that CBS’s days at the Television City complex -- which it opened in 1952 and has been a local landmark ever since -- are numbered.

The company owns another production center in L.A. and could build another one, although this was not mentioned in the company's announcement.

Not to get overly sentimental about a group of buildings housing offices and production facilities, but the sound stages, corridors and dressing rooms in the Television City complex do echo down the decades with the sounds of TV history.

Wikipedia’s entry on Television City includes a list of the shows that were made there -- everything from “All in the Family” and “The Carol Burnett Show” to “The Smothers Brothers” and “Sonny & Cher.”

The very name of the complex -- Television City -- feels aspirational. Wikipedia's history of the facility doesn't say this, but one gets the feeling the name was taken from Radio City, the ornate, palace-like New York facility built in the Golden Age of radio.

The name “Television City” seems to say: “New York can have its Radio City; the future belongs to television, and Los Angeles is where the shows are going to be made.” And so they were.

It may be no coincidence that the company is selling Television City in the same year, and not long after, the dismissal of long-time CBS potentate Leslie Moonves.

In the wake of that sea change in the company’s leadership, a handful of other long-time executives have left or announced their retirements as well, signaling that CBS -- which more than any other broadcast network represents the traditional ways in which the business of television has long been conducted -- might now be preparing to undertake a company-wide program of modernization.

Here in New York, the company's most visible real estate possessions are its headquarters building on Sixth Avenue known as Black Rock (opened in 1965), the sprawling (and maze-like) CBS Broadcast Center on West 57th Street, and the Ed Sullivan Theater building on Broadway that was purchased to house the new “Late Show with David Letterman” in the early 1990s.

With Television City in Hollywood now sold, can the sale of these landmarks, each representing the glorious past of network television, be far behind?