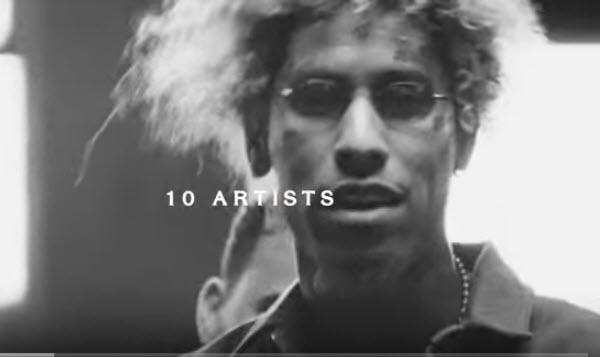 The 10 tracks mark the launch of a branded artist-discovery platform, 1800 Seconds (:1800), created to give unsigned artists an opportunity to write and release -- on a national scale -- three-minute tracks backed by the full production and marketing support of a record label.

Pusha T selected the first group of artists. Each was challenged to write and record an entirely new track during a studio session with Pusha T in Los Angeles. The established hip-hopper also curated the 30-minute album featuring the new tracks.

In conjunction with the release, the artists performed their tracks live at Sony Hall in New York City, with Pusha T closing out the show.

The album is available for download on 1800seconds.com, Spotify, Apple Music, SoundCloud and other streaming sites.

The platform’s site includes a 12-minute video about the project and the artists (also posted on YouTube and embedded below).

In previous years, 1800 Tequila has supported hip-hop music with programs including its “The Refined Player” series and “Back to the Block” series.