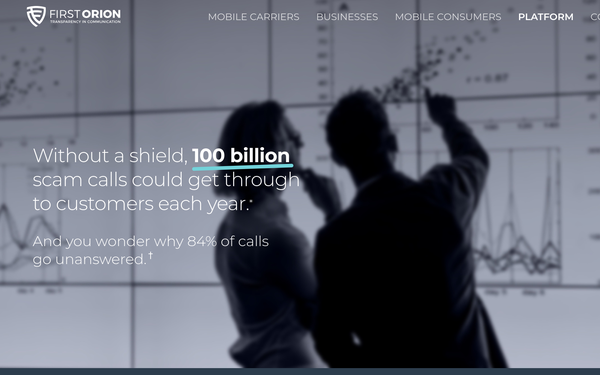 Sprint, the fourth major carrier, was measured too, but caught less than 1% of spam calls.

The HarrisX test also charted how well the carriers were able to distinguish spam calls from legitimate calls, and by that measure AT&T also won: AT&T incorrectly flagged calls as spam only 6% of the time, followed by T-Mobile (15%) and Verizon (16%). Because Sprint only caught 1% of the spam calls, it wasn’t tested on its ability to distinguish good from bad.

First Orion, a provide of phone call transparency solutions, says that spam calls made up 4% of all cell phone calls in 2017, but have skyrocketed to 30% this year. There are now dozens of companies that market technologies to help consumers avoid spam calls.

Going back to the HarrisX test, it worked with call blocker and caller ID firm Hiya, using one Android-OS smartphone and one iOS smartphone per carrier, and each phone was given the highest level of spam protection and caller ID offered by each carrier.

All told, 10,920 calls were made over a four-day period. HarrisX got a list of phone numbers that have drawn complaints from the FCC and FTC, and Stopting.us and Whocalls reverse phone call listing services.