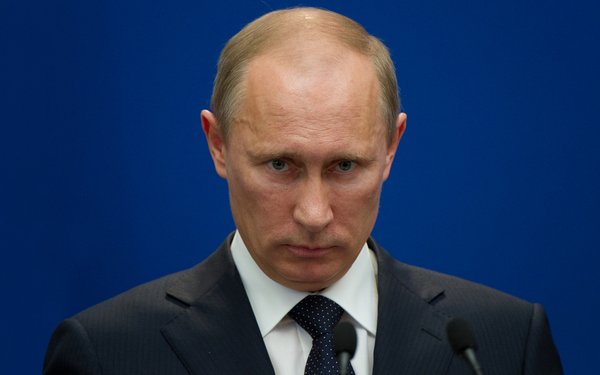 Russian operatives engaged in a “sweeping and sustained” attempt to wield political influence by using social media to spread fake information, suppress voting in the 2016 presidential election, and sow discord over social issues. That's according to a report prepared for the U.S. Senate Select Committee on Intelligence by the organization New Knowledge and released Monday.

The week of the presidential election, the Internet Research Agency targeted people with different messages, depending on political affiliation and race. But all messages appeared aimed at influencing the election in Trump's favor.

“The strategy for right-leaning groups appears to have been to generate extreme anger and suspicion, in hopes that it would motivate people to vote,” the report states.

Posts aimed at those groups “darkly hinted at conspiracy theories, voter fraud, illegal partic­ipation in the election, and stated the need for rebellion should Hillary Clinton 'steal' the elec­tion,” according to the report.

And content aimed at black people urged them to refrain from voting, or at least from voting for Clinton. One Instagram account that the report says is representative included this comment: “The excuse that a lost Black vote for Hillary is a Trump win is bs. It could be late, but y’all might want to support Jill Stein instead.”

In some cases, the content reflected a sophistication of the divisions in American politics.

The Facebook posts show "a nuanced and deep knowledge of American culture, media, and influencers," the report states.

For instance, one post flagged in the report criticized McCain, stating that his "attack" on Trump "definitely crossed the line" and that McCain is "out of his mind."

Facebook previously reported that the Internet Research Agency spent $100,000 to buy around 3,000 political ads between June of 2015 and May of 2017. But the study authors say the troll farm's paid ad spend paled in comparison to its organic efforts.

“The ad engagements were a minor factor in a much broader, organically-driven influence operation,” the report states.

The report says most of the Internet Research Agency's activity didn't succeed, but the most popular Facebook and Instagram accounts “achieved hundreds of thousands of followers and millions of engagements.”

Even after the election, the troll farm continued to post disinformation -- especially on Instagram, according to the report.

A second report released by the Senate Monday also concludes that Russian operatives “used major social media platforms including Facebook, Instagram, and Twitter to target US voters and polarize US social media users.”

“Indeed, this effective impression management -- and fine-grained control over who receives which messages -- is what makes social media platforms so attractive to advertisers, but also to political and foreign operatives,” that report states. “Where government control over Internet content has traditionally relied on blunt instruments to block or filter the free flow of information, powerful political actors are now turning to computational propaganda to shape public discourse and nudge public opinion.”